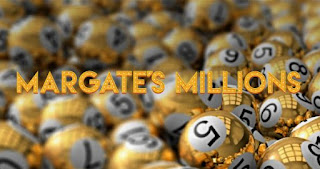 Back in September 2019, the Government announced a list of 101 towns eligible to each bid up to £25m as part of the £3.6bn Towns Fund. Margate was one of the towns listed as eligible to bid for this money. I've previously written about the background to this funding here. In my piece, I pointed out that underlying research behind the scheme identified the areas of Dance Valley and Cliftonville West as the reason why the funds were targeted in our town.

On February 10th 2020, members of civil society groups in Margate and Cliftonville sent an open letter to Thanet District Council regarding the bid. Read the signable letter here. I'm a co-signee of the letter and also co-organiser of the following event. We believe its imperative local people are involved in this whole process of this bid for Margate.

These civil society groups have come together to organise a public meeting called ‘Margate’s Millions’. The meeting will be a chance for citizens of the town to discuss how we could use this multi-million-pound scheme to improve the lives of local people.

Margate residents are invited to come together on Thursday 27th February 2020 to start the conversation with their neighbours. The event is free and open to the public. It starts at 7.30pm sharp at St Paul's Community Centre, Cliftonville, CT9 2DB. The venue has limited capacity so all are advised to come early to avoid disappointment. Please signup for a place at Eventbrite.
The Margate Millions event has been organised by A Better Cliftonville, the Grotto Hill Area Street Scheme, the Gordon Road Area Street Scheme, the Athelstan Road Tenants and Residents' Association and the Margate Conservation Area Advisory Group.

Posted by Louise Oldfield at 19:59

Email ThisBlogThis!Share to TwitterShare to FacebookShare to Pinterest
Labels: MargatesMillions