Give your view! DEFRA launch public consultation on the de-designation on Walpole Bay for bathing

Last week, the Thanet Gazette reported that, despite receiving a majority of submissions against de-designation of Walpole Bay for bathing, Thanet District Councillors Iris Johnston (Margate Central ward) and Alan Poole (Sir Mose Montefiore ward) referred the bay to DEFRA recommending de-designation. Today, DEFRA launched their consultation. There is a four page report which raises even more questions about how this proposal has reached this point:

The report begins by stating clearly that:


"Information about water quality is not taken into account in making a decision."

Remember that, folks! Wasn't most of the fuss in February being about the fear of signage that would have to go up in 2015 because it would fail to pass the new regulations. The de-designation process is actually about the number of users. The DEFRA report points out in some detail, that over the last few years, facilities to support bathing have been reduced. Obviously, the responsibility for any reduction in facilities lies squarely with Thanet District Council.

"Facilities at Walpole Bay have been reduced over recent years. In 2009 the beach was awarded a Blue Flag, an award which requires a high level of beach management. Since then lifeguards have been withdrawn and the nearest toilet facilities have been closed. The nearest café is at the adjacent beach, Palm Bay. A lift that formerly operated from the top of the cliffs has been closed.
The beach is, however, close to the amenities of Cliftonville and Margate town centre. The nearest public toilets are now approximately 750m away."

And yet, despite all these reductions in facilities, people still enjoy bathing at Walpole Bay. Imagine what it would be like with the facilities back in working order as they should be.
Then, DEFRA point out in their report that the wording in Thanet District Council's consultation:

'was a leading statement focussing on the perceived threat to to the local tourist industry, rather than on the number of  people bathing at Walpole Bay.'

There is then a reference to pre-consultation discussions Thanet Council held with a local traders' representative and a residents' association representative between December 2013 and January 2014:


'During December 2013 and January 2014 the Council held discussions with two local hotels, a local traders’ representative and a Residents Association representative. The business representatives felt that dedesignation was preferable to a sign advising against bathing'

This is the first we have heard about discussions prior to the public consultation.

Who were these representatives of a local traders' and a residents' association? Perhaps the Council or the people in question might be let us know.

Then the statement that:

'DEFRA state that 'Thanet District Council ward members are in favour of dedesignation'.


Is this true? All Ward Councillors of which Wards? Walpole Bay is in Cliftonville West. Have any Councillors from this ward stated they are in favour or de-designation? This would be:
Councillor Linda Aldred
Councillor Doug Clark
Councillor Clive Hart

The report confirms that a majority of respondents were against de-designation:


"There were emailed responses to the consultation from 74 individual members of the
public.
• 5 supported dedesignation
• 36 opposed dedesignation
• 9 commented specifically on the bathing pool
• The remainder commented on the proposal but were unclear in their intentions."

Further scrutiny is probably recommended of those that were unclear in their intentions!

The report finishes by stating that if it is de-designated, DEFRA will discontinue water testing.

So, if you have views about the de-designation of Walpole Bay for bathing, please send in your comments to bathingwater@defra.gsi.gov.uk.

Why not pop along to the Walpole Bay Bathing Facebook page and let us know your views. And do use the hashtag #walpolebaybathing on twitter.

Posted by Louise Oldfield at 23:00 No comments: Links to this post

Thanet Council's email system has cropped up in conversation a few times recently. I'd heard from a few councillors that the council system is awkward and not the easiest to use. Which has lead to many councillors privately stating they prefer to use their own private email accounts for council business. This may recently have changed following a statement of clarification from the Information Commissioner's Office.

The Council's previous stance was that private email accounts were beyond the remit of FOI and Data Protection requests, because it is Council policy that only official email accounts may be used for council business. The Information Commissioner's Office then clarified on October 16th 2013:

"More generally, the Council will need to remind and impress upon the councillors the requirement to adhere to the Council’s policy on use of official Council email addresses only for Council business.


Should any councillor fail to do so and continue using their personal email address to conduct Council business, it will need to be made clear to them that such information will be potentially subject to FOIA and will need to be made available upon request (subject to any valid exemption).  Moreover, were the Council to provide a not held response to a future request, or only provide some of the information actually held, and were the Commissioner to subsequently discover that in fact relevant information was contained in the personal email accounts of a councillor(s) then this would be a serious matter for which the Commissioner would need to consider more formal action."

I've recently been sent a series of Thanet District Council policy guidance documents that go some way to explain why officers and councillors might be struggling to keep up with the demands of modern day email communication. They have a 500MB inbox limit. I don't think I've had a 500MB limit for the last decade.

"Things to remember about email;
Your Mailbox has a size limitYour mailbox will be set to a 500mb limit as standard and will only be extended with the written authorisation from a head of service or equivalent.To help you manage the amount of storage space, you should complete some routine housekeeping on a regular basis.  Housekeeping tasks should includeDeleting all unwanted emails from all your folders, inbox and sent boxSaving any large attachments to an appropriate network folder, then deleting the email

What is not clear, is how councillors and officers, who are very busy, are supposed to manage deletion of information in the present day, that may then become relevant and important at a later date.

And further, recognition of emails as potentially required in future legal action or as evidence in a court case:

What I can't yet find is any supporting policy guidance on claims that emails older than 4 months old can now be deleted. Most domestic free email accounts such as gmail give 15GB of storage, and some council based projects can take years to undertake, is the advice to delete for good housekeeping really prudent advice? As their own guidance states, correspondence can convey the background to contractual agreements. Another interesting fact is:

"It is important that nothing is sent via email that could be considered as bullying, harassment, offensive or discriminatory"

Posted by Louise Oldfield at 19:04 6 comments: Links to this post


On the eve of MP Laura Sandys Cliftonville Conservation public meeting, Thanet District Council has published the seven Draft Cliftonville character appraisal documents and many people have been asking to see sight of them for years. The appraisal documents were commissioned and paid for by English Heritage and were completed in 2011. So it is a hugely big deal for these documents to now be released and up for consultation.

So go download them and tell Thanet Council what you think:
http://thanet.gov.uk/your-services/planning-policy/heritage-strategy/draft-plans/

There are seven areas up for consultation and this is a first step towards them achieving Conservation Area status.

Politicians from all sides of the political spectrum have popped up saying the other side won't work with them. Then they've all popped up to say they will. So thank goodness for that. We can all now look forward to people sitting around the same table working out how best to preserve and enhance the wonderful built environment in Cliftonville.

The seven proposed areas are: 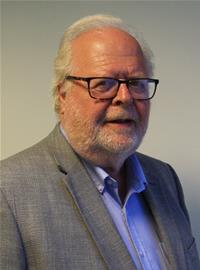 It's now the turn of Cabinet Member for Housing and Planning Services, Councillor David Green as guest blogger.

"Members of the council have agreed to consult on the future designation of a conservation site for Cliftonville with reference to the appraisals undertaken by the council.Preserving the heritage and important historic architecture of Cliftonville is a key part of the wider regeneration here and we recognize the benefits that formally designated Conservation Areas can bring.We’d like to begin consulting with residents to build support for future management of any conservation area and discuss the area this could cover. Our aim is to develop this in a way that is manageable and sustainable, complementing the wider regeneration of the area.This consultation will be in parallel with work to develop a new Design Code for Cliftonville which the council has initiated. This sees the council working in partnership with the local community so that they can be directly involved in how their town develops.This is a great opportunity for local people to give their views on the appraisal documents and to set out how they would like to see conservation taken forward in the future.The comments received will be used to feed into the development of the new Cliftonville Design Code which residents will have the opportunity to contribute to at a public event in April.Residents can share their views on these appraisal documents by e-mailing consultation@thanet.gov.uk or writing to Consultation, Thanet District Council, PO Box 9, Margate, CT9 1XZ.Louise, could I ask you and your colleagues to encourage as many cliftonville residents as possible to respond."
Posted by Louise Oldfield at 14:01 No comments: Links to this post

An open letter from Councillor Julie Marson to Councillor Will Scobie

Dear Cllr Scobie
I am pleased that you are on board with our commitment to the conservation of Cliftonville and very glad that you are keen to implement these conservation designation areas soon. As you are aware Laura and I have been campaigning on this for almost a year.

Since the administration amended my motion to exclude certain areas and to phase the designation, I would welcome the opportunity to discuss my and the residents' real concerns about implementation with the Labour administration. I would also like to extend the invitation to include Cabinet Member for Housing and Planning, Cllr David Green, since his decisions will be critical to the success of conservation in Cliftonville.