Bristol based Tower Pension Fund Limited the purchaser of the Punch and Judy pub at 50 Marine Terrace which was then leased to the operators of Dreamland, Sands Heritage Limited has as of yesterday gone into receivership. 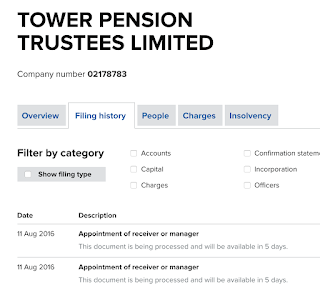 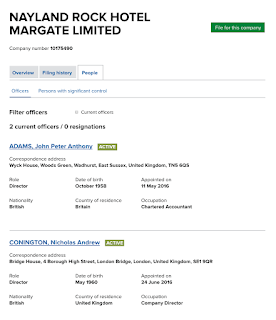 Let's hope for the best for Margate seafront, it's iconic landmark buildings the future of Dreamland and the creditors owed money.

Posted by Louise Oldfield at 19:41 No comments: Links to this post

The Duff and Phelps Administrator's Report on Dreamland operators

Last week, a Dreamland creditors meeting took place at the Shard Building in London. They're the unsecured creditors owed £2.9m out of a total of £8.4m by Dreamland operating company Sands Heritage Limited (SHL) The company is currently running a deficit of £14m. Many of the creditors are Thanet local and small businesses. And it looks likely they'll get a fraction of the money they're owed.

The CVA stated that SHL Directors approached "certain key creditors, including KCC and Design & Build Limited to see if support could be received in principle to explore the possibility of entering into a CVA..."

SHL then appointed administrators, Duff and Phelps, who on July 19th 2016 published their own interim report. Download it here on the Companies House website. On reading the Duff and Phelps report, a few points are worth looking at in more detail.

1. SHL took on two 20 year commercial leases, one for Escape Nightclub and one for the Punch and Judy pub, both on Marine Terrace, both on January 30th 2015.

"The Club premises located at 49 Marine Terrace, Margate, Kent, CT9 1XJ over which the Company [SHL] has been granted a 20 year lease commencing on 30 January 2015."

"5.27 In addition to the lease for the Park, the Company also leases the Pub and the Club from third parties on 20 year leases which both commenced 30 January 2015."
The Administrator's Report makes no mention of the ownership of the club. It's not stated why Dreamland would need to rent a large nightclub and only mentions one sub-tenant, Phases Dance studio, which sub-leases the top floor.

The pub at 50 Marine Terrace, also purchased on January 30th 2015 and leased to SHL for 20 years on the same day, locally known as The Punch and Judy . The pub was purchased by a Bristol based pension trust called Tower Pension Trustees Limited (Company number 02178783).
The business rates valuation for the pub is £39,750 per year.

3. The Administrator's Report states that "In June 2014 the Company was successful in a tender process with TDC to operate the Park" This is incorrect. SHL weren't awarded the tender until November 21st 2014. There were two tender phases. The first in June 2014, when SHL was the only bidder. There was a second tender phase in the autumn of 2014 against other bidders. Here's the TDC announcement in October 2014.

4. "In order to achieve this , the Park was in need of significant renovation works, which commenced in Summer 2014 and had a scheduled completion date of 19 June 2015."
The timeline of events is again incorrect. SHL didn't win the tender to operate the park until November 2014 and didn't commence works in the summer of 2014.

There is also no evidence that I've seen of a June 19 2015 opening being discussed in the summer of 2014.5. "3.9 Arrowgrass had previously expressed an interest in working with the Company"

The report makes no mention of Arrowgrass being SHL director, Nick Conington's previous employer from 2008-2012 as per his Linkedin profile.

Arrowgrass is a hedge fund offshoot from Deutsche Bank. Prior to moving to Arrowgrass.Nick Conington worked as a Managing Director of Deutsche Bank for 15 years. 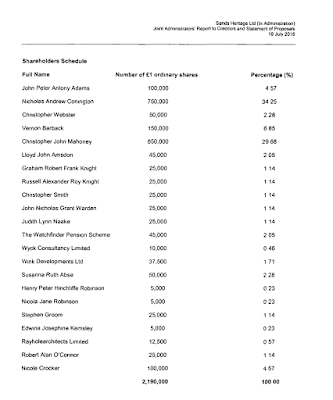 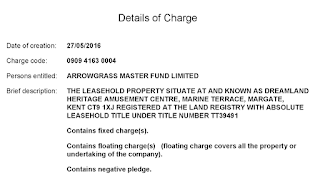