Poll: Do you want Margate's Crown Post Office to close or stay open? 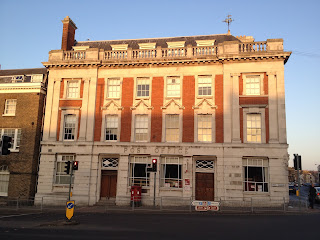 Last night's public meeting regarding the proposed closure of Margate's Crown Post Office in Cecil Square heard residents and councillors and union reps raise many concerns. From the loss of a valuable community resource and accessibility issues to the concern that moving the Post Office service to within an existing business that this would imply some kind of loss of service provision.

Representatives from the Post Office (the company that is) were keen to communicate that there would be no loss of services and that we would be best proceeding to consultation. They weren't able to provide any information on why the Margate Post Office had been chosen for proposed closure or where it might be considered to move it. The union reps then explained that the consultation would not ask the public their views on whether to keep the Crown Post Office or not. It would be merely to discuss service provision. Once it gets to consultation, it would be too late and closure would be decided. This was then confirmed by the Post Office company representative.

The meeting was chaired by Councillor Iris Johnston with councillors from all parties present. Interestingly, a representative from Margate Town Team stated that the Town Team had met with the Post Office and Thanet District Council's Chief Exec, Sue McGonigal earlier in the year with a view to procuring a suitable retail partner. The Town Team representative stated they felt the issue was now a 'done deal' and the best option was to work on the most viable option.

There were very many questions raised about how a post office service that currently has 6 positions and 4 open at a time could be transferred to operating within a shop would be possible.

The point that the current building owner is happy for the post office to remain as a tenant.

I've started a poll over on the top right to run for a week. Do you want Margate's Crown Post Office to close and move or stay open in the current location?
Posted by Louise Oldfield at 20:43 5 comments: Links to this post

There is a public meeting tonight regarding the proposed closure of Margate's Crown Post Office om Cecil Square. The meeting is at 7pm at the Baptist Church Cecil Square.

It seems to be a car crash happening in slow motion. First Thanet Council's approved its own planning application to convert most of the grand Grade II Listed building to flats in 2012. Then the building went to auction and it was sold for £361,000. The proposal is now to close the Crown Post Office and move post office services to WH Smiths in the High Street.

Is this the week of strange Margate and Thanet news? It seems so:

And then the The South Thanet Conservative Association are keen to say more regarding the independence of the Independent Standards Committee. Is that enough independents for you?

Right. As you were!

Posted by Louise Oldfield at 16:51 No comments: Links to this post

All change at Thanet District Council?

What a strange day it turned out to be!

First off, Eastcliff Richard posts on his blog about the alleged imminent departure of Thanet District Council's head of Legal Services, Harvey Patterson.

Then, five minutes later I hear that the Thanet Conservative Group, via Councillor Bob Bayford, have decided to not only agree with the sentiments of the Independent Members of the Standards Committee, that the public have a very low regard for the Council and councillors alike, but that they, the Thanet Conservative Group, are now very supportive of the live streaming of council meetings and allowing the public to film.

All I can say is 'well done, Bob' and that we'll see where all of this goes. I'm sure Eric Pickles and Laura Sandys will be happy with this shift in viewpoint.

As the title of the report says in capital letters: RESPECT

Take it away Aretha!

Posted by Louise Oldfield at 17:50 9 comments: Links to this post

This is the reply from Thanet Council following the sudden change of refuse service we received in Hawley Square. The day of collection was switched from Wednesdays to Mondays. No news of whether we would received the promised series of recycling boxes. Monday's general collection was much later in the day, resulting in rubbish being strewn across the square by seagulls. I'm sure residents in other parts of the isle have this experience.

We once had a visitor who worked in waste who suggested an evening collection timetable for a seaside area. Would there be a problem with this? Barcelona cleaning crews wash down the streets at night.

Anyway, back to Thanet Council's reply. Our sudden deterioration of service is the result of an 'improved service' it seems. So what's the cost of the extra clean up and the cost of having an area covered in rubbish?

Thank you for your email.

I am sorry that you have had to email us regarding what is happening for Hawley Square with our improved service. I am afraid that for the time being Hawley Square is in our third phase and so we will only be collecting refuse on a weekly basis on a Monday from the whole square. We are having a review in the New Year and this is when it will be decided if Hawley Square will be able to join the scheme.

As the majority of properties in Thanet are on this improved service it means that the route for the daily rounds have been changed as so this is why your waste would not have been collected until later in the day then previous. I am afraid that this will not be able to be changed. In the mean time if residents are wishing to recycle there are various sites which they can do so, however this also depends on each residents individual accessibility.

I do apologize that I could not provide you with the answers you wished for, however at least I have been able to clarify the situation with you.

Customer / Supplier Management Officer
Posted by Louise Oldfield at 09:18 No comments: Links to this post

I've been going to Roy Eastland's life drawing class now for over a year. Previously, I had long admired Roy's own work and now I can say he's one of the best teachers I've had in my life. You know when you remember a good teacher?

I hadn't done any drawing since my GCSE way back in the mists of time. I've thoroughly enjoyed the time away from phones, laptops and beeps.

The course is also held at one of Margate's best kept secrets: The the historic building that houses the Kent Adult Education centre on Hawley Square which has a bespoke life drawing studio with great light. 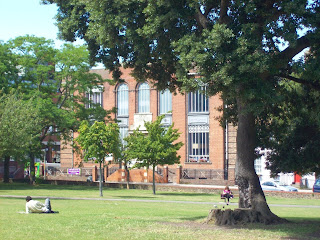 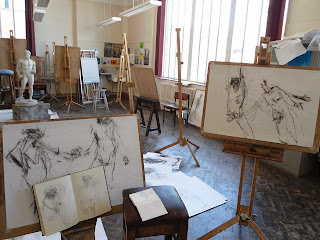 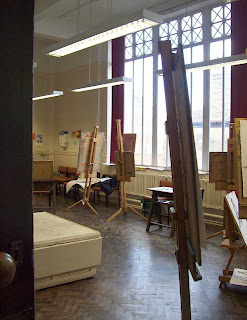 On this site previously stood in the 18th Century Bettison's Library. 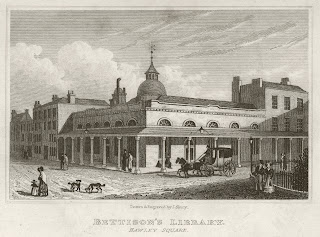 There is an all day course coming up on Saturday Nov 9th. It costs £45. There are also walk in and pay on the day classes on Weds mornings and Thursday evenings.

View more of Roy's work on his personal website. He was recently shortlisted for the Jerwood Drawing Prize.

My scribbled efforts are to be found on Flickr:

Oh and last chance to see Roy's work (and some other artists) at Hazelwood Studios this weekend:

"Hello Folks,
This is just to let you know that Hazelwood Studio is open this coming weekend (Nov.2nd and 3rd) as part of the East Kent Open Houses Trail. If you visited us last year you will be able to see new work from Ruth McDonald, Jill Pantony, Helen Brooker, Roy Eastland and Catherine Robinson, plus work by 5 new artists - EJ Laven, Lisa Hawkins, Viv Smith, Julia Moore and Quona Bullivant.

There is a diverse range of work on show covering print making, painting, drawing, crochet and ceramics, with a range of prices and sizes too.

The whole Margate/Cliftonville trail is available to download fromwww.ekoh.org. and you can view examples of the work on show at Hazelwood Studio on our website: www.hazelwoodstudio.co.uk, open house exhibition 2013.

We hope to see you over the weekend, the house is open from 11am to 5pm and there's always a cup of tea on offer.

Jill and Ruth
PS If you haven't visited us before you can find us in Cliftonville, 33 Prices Avenue, CT9 2NT and why not drop in to Heidi Village to see her sculptures at no.18"

Posted by Louise Oldfield at 18:06 No comments: Links to this post