I had a reply from Labour Councillor Iris Johnston to my tweet to her regarding the Arlington shops and car park. Iris emailed on her personal BT Internet account. I've published her reply, but I'm left wondering why the Leader of the Council is sending emails in a breach of Thanet Council's email usage guidance, given their stance on this matter.:

Iris replied to me via email and requested I publish her reply.

Please could you publish my response Louise.Sent from my iPad

< Thank you a Louise

I have been asking Freswater to reopen the car park from the first days it closed and specially every summer when I have to go down to resolve parking issues. They have now opened a section and I am working on getting the rest.
When they planned to close the shops (when awaiting the Tesco store ) I arranged for the then tenants to have an extended tenure and fought with them for compensation.
Freshwater have a contract with Tesco that is now involved in a legal discussion. They  also have others interested in the site.
Long term Residents will know that for the last thirty years I have been there for them and since I became a Councillor fought for them on a wide range of issues including challenging Freshwater  from the masts on the roof to ensuring the occupiers keep their car parking rights.


Sent from my iPad

Posted by Louise Oldfield at 11:04 No comments: Links to this post

Arlington car park is open to the public!

I was over at Arlington yesterday afternoon and saw that car parking spaces have been marked out in red on the public car park. I was visiting Arlington House because as the local Green Party candidates we've been working hard to secure a good future for the site.

A small number of car parking spaces at Arlington House’s 500-space car park (still shut to the public in breach of their contract with the council) have been opened up. The council has previously said it’s closed due to health and safety concerns. The spaces have been granted via Councillor Iris Johnston and landlords Freshwater to Children's Club World, a play centre on Marine Drive. (The play centre were in the press a few weeks ago complaining about the loss of their car parking at the Beacon Bingo site to Dreamland. They now offer free parking to their customers from these bays at Arlington…)

I’m pleased that local parents have somewhere to park when they take their kids to play at this local business. And it's great news the carpark is safe after all. When I spoke to TDC’s parking department today however they said: “Thanet Council parking office have not granted permission to anyone to use the Arlington site car park. I do know that Cllr Johnston was involved in some sort of arrangement that was made between Club World and the lease holders of the Arlington Site it might be best to speak to her..."

If the Arlington car park is ok for customers of the play centre to park there, then surely it should now be open to the rest of the public and for Dreamland’s opening. Let's see the gates opened wider.
Posted by Louise Oldfield at 16:26 No comments: Links to this post

Last year, a group of young people came together and built a skate park on the derelict Council owned Little Oasis Crazy golf site in Cliftonville. Wonderful things began to happen; Visitors came from far and wide to their park. Here's a video of their efforts before the park was destroyed.

Then the worst thing happened; At 6am one morning, Labour controlled Thanet Council sent in a team, with security guards in support, and smashed their skate park to rubble. One year later, this is what still remains of their park and the Council have stated they are now in talks with an unknown company with a commercial interest in the site. This is one of the most shameful acts of Thanet Council that I've heard of in the eight years that I've lived here. It's an issue that I've continued to question the Council about.

Last night I saw that Little Oasis skaters had launched a new website posing questions from the skaters directly to the candidates in the upcoming election for May 7th. It gives me great pleasure to be able to reply and to again offer them my support. They're posting the responses they get from candidates in the order they receive them on their website. There's also a link on their site to their online petition, now standing strong at over 4000 signatures. This is an amazing piece of work from a community group of young people who have proven they are engaged in the place they live. What needs to change is how the existing democratic system engages with them and supports their efforts. This episode is one of my main motivations for deciding to stand for election for Margate Central.

"On April 13th we asked candidates for the Thanet constituencies and for Thanet District Council two questions about the derelict Oasis Crazy Golf site in Cliftonville.
Here's our reply from me as a Thanet North Green Party candidate:

I've not only supported Little Oasis Crazy Skate since the beginning, but also other groups such as the campaign to renovate the 1977 Hartsdown Skate Park (see my FOIs on that ongoing debacle here and here) and the crisis that had befallen the O'Neill's Boxing Club with their roof caving in, many of the young boxers are now at Pej Court Boxing Club in Westbrook. My Margate Central running mate and Thanet North MP candidate, Ed Targett boxes there. Grass roots sports facilities are vital for young people. I look forward to the day when we as a community will no longer need petitions to be heard by the Council. That young and old, should have a seat at the table to participate more than once every four years. Let's ride!
Posted by Louise Oldfield at 11:39 No comments: Links to this post

Get the Arlington shops and public car park open for Dreamland!

The works are ploughing ahead with the rebuilt Scenic Railway rising up at Dreamland. 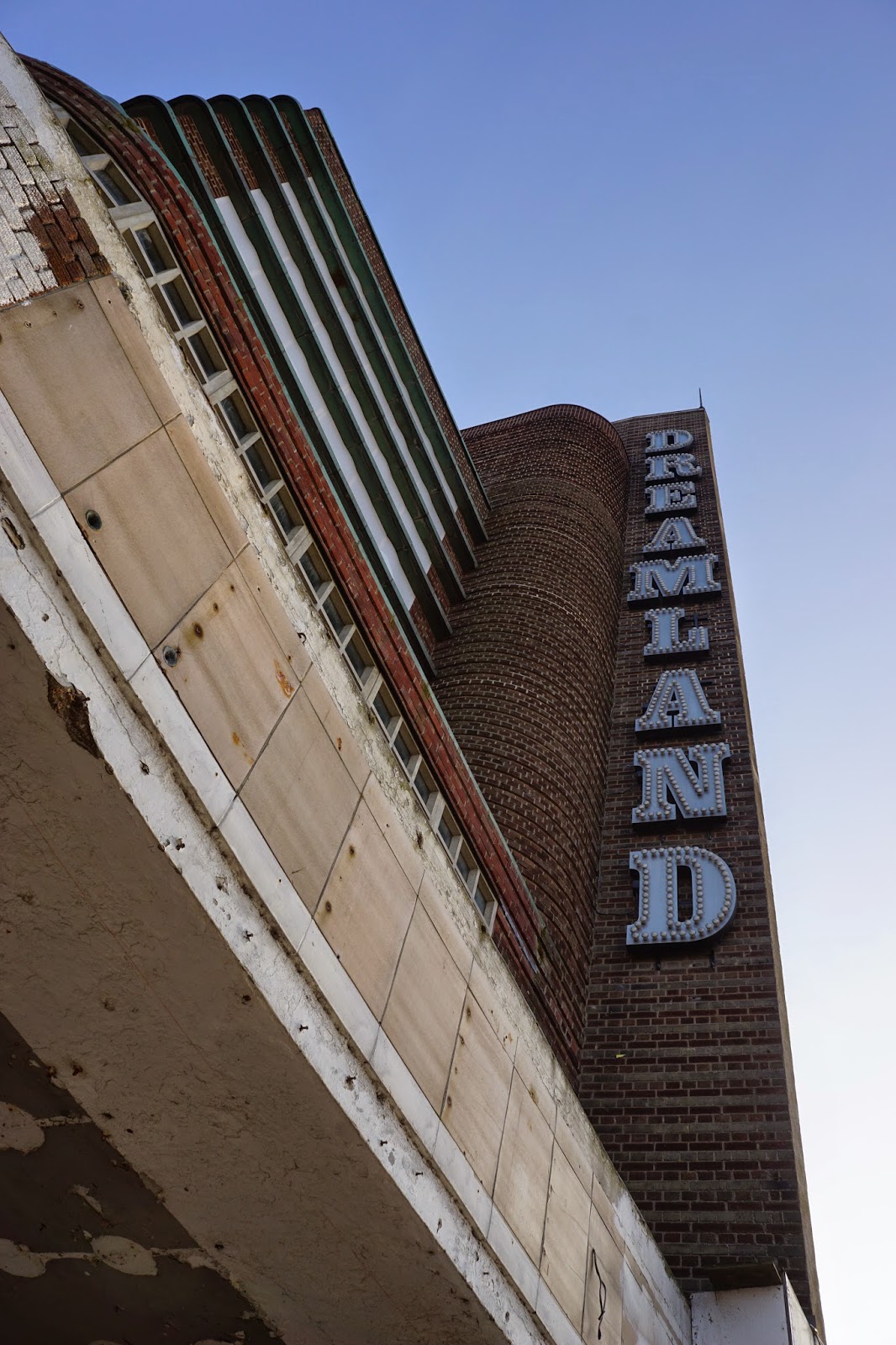 But then we have the boarded up empty shops at Arlington and the closed 500 space car park. Tesco pulled out of building the proposed 82,000 sq ft store back in. So what's happened since? From looking at the site tonight, it doesn't seem like anything has happened at all. 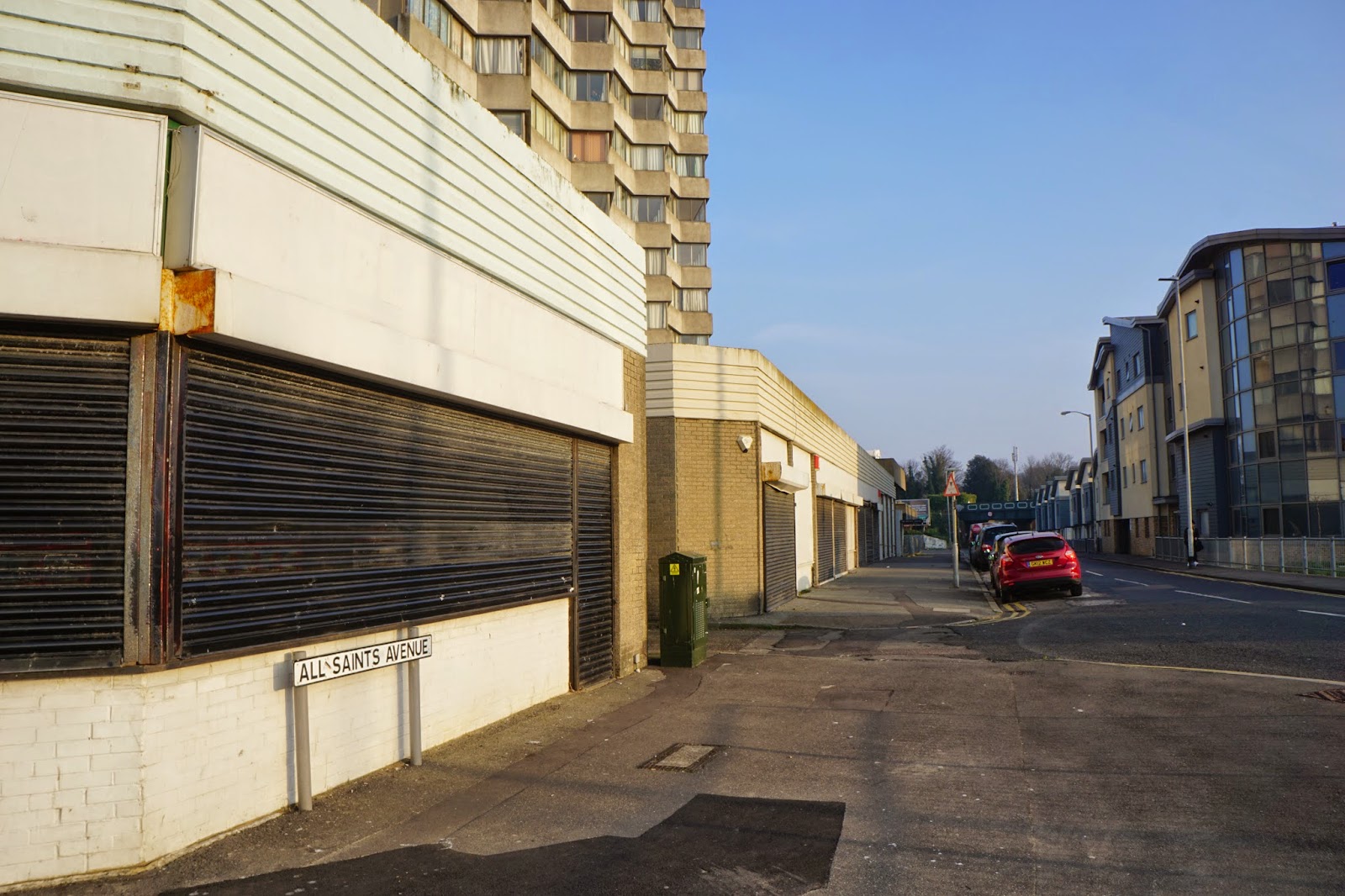 Representatives from Freshwater were in Margate a couple of weeks ago where they met residents of Arlington House. No doubt Freshwater also met their landlord, the freeholder, Thanet District Council. I put a call in to the Council's press office today, and haven't yet heard back.

I wonder if Thanet Council told Freshwater to ensure they abide by the terms of their lease and not to spoil the opening of Dreamland in June by continuing to leave the Arlington shops and public car park closed and boarded up.

With Iris Johnston and the Cabinet voting unanimously last week to develop Fort Road Hotel for social housing citing concern over a blight on the seafront, surely Arlington frontage is an even greater blight? And one that is easier to resolve because Thanet Council is the freeholder.

Leaseholders, Metropolitan Property Realizations are a subsidiary of billionaire property landlords Freshwater (in the last few years their wealth greatly increased: Benzion Freshwater was placed 79th on the Times Rich List with an estimated fortune of £1.258 billion).

Freshwater have a full repairing and maintaining lease for the entire Arlington site for which they pay the Council the princely sum of £7,500 per year. Download the lease here.

Their lease stipulates that they have to keep the buildings on the site in good repair.

Their lease stipulates they have to keep the buildings painted.

Their lease stipulates the shops and car park have to be kept open to the public.

Arlington is immediately adjacent to Dreamland with a number of small shop units running along the seafront and All Saints Avenue. 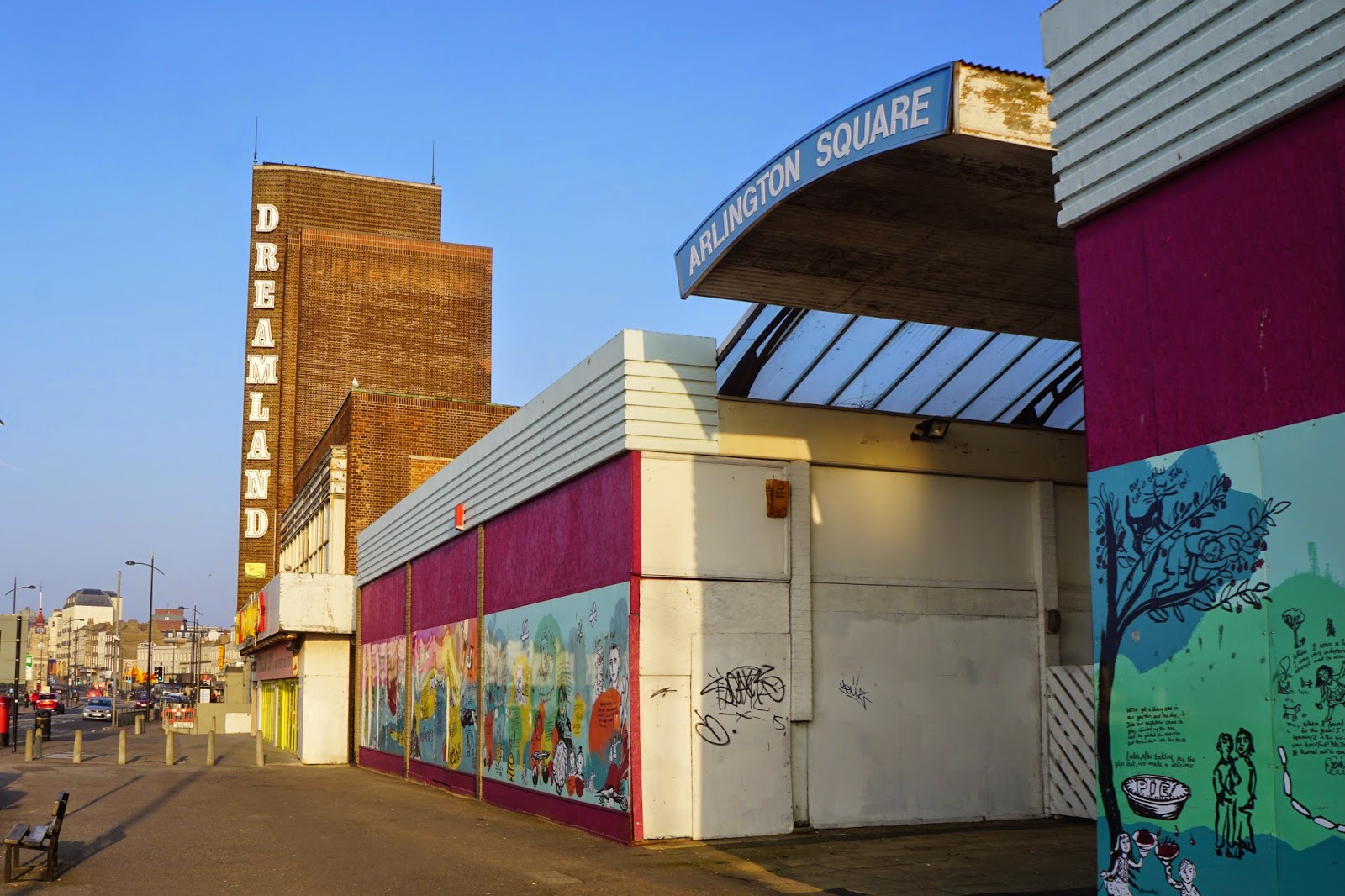 Given the crowds that are going to come to Dreamland there's an opportunity to have a whole row of little shops open along the pathway to Dreamland. 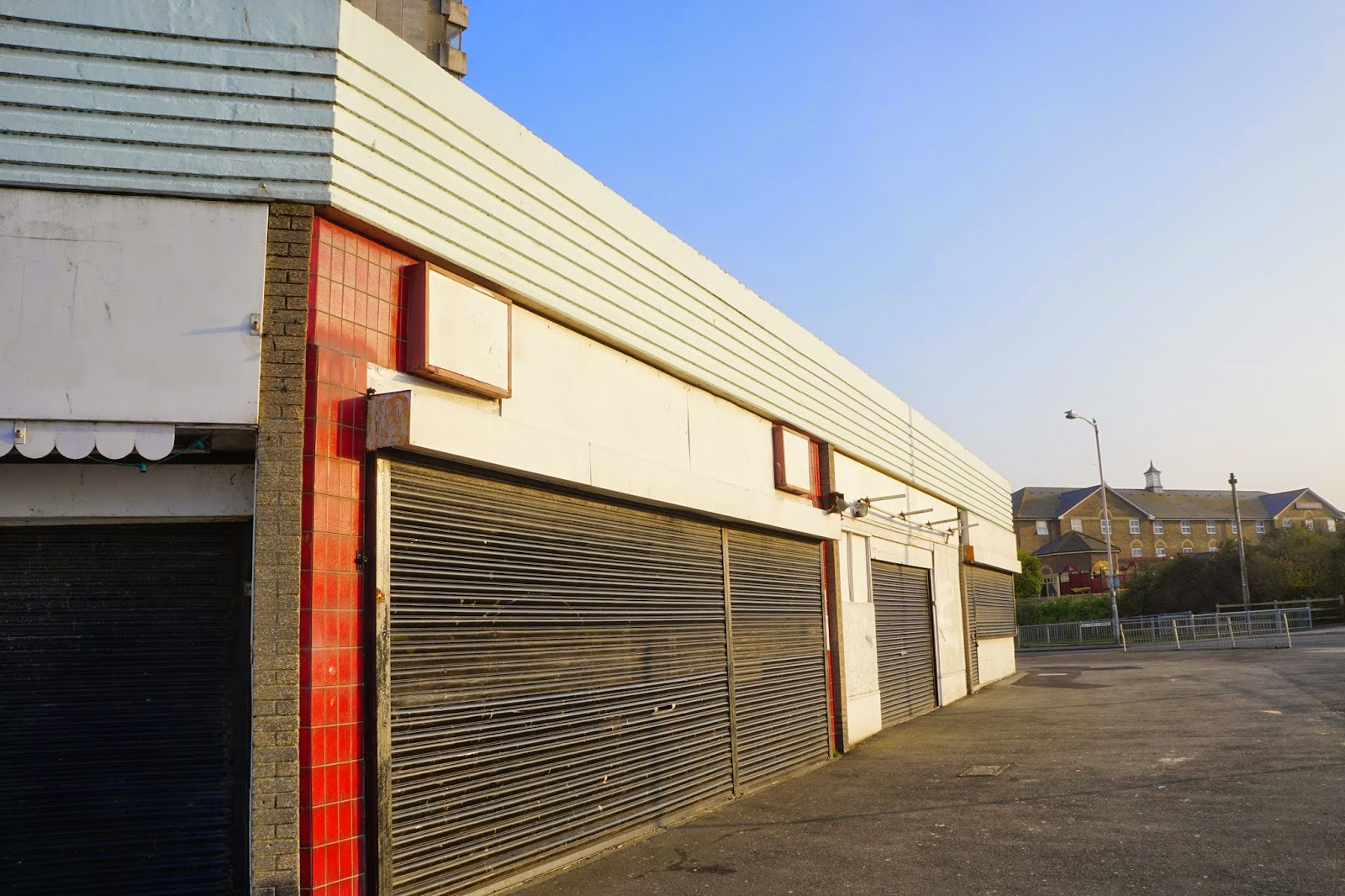 Then there's the public car park. It has 500 badly needed spaces including coaches. Why leave this standing empty when car parking is such a problem? Arlington is the perfect place for a car park in Margate. 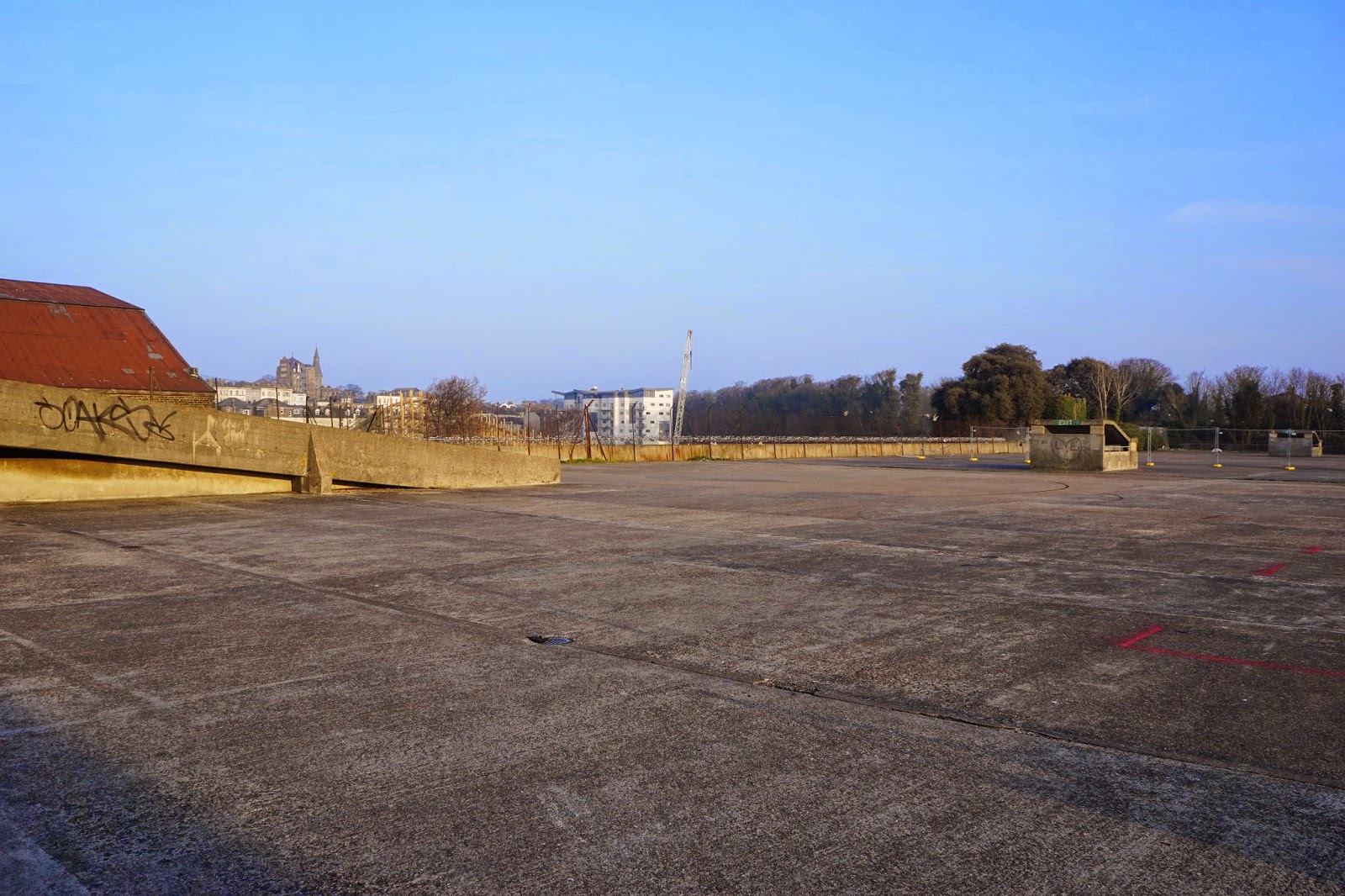 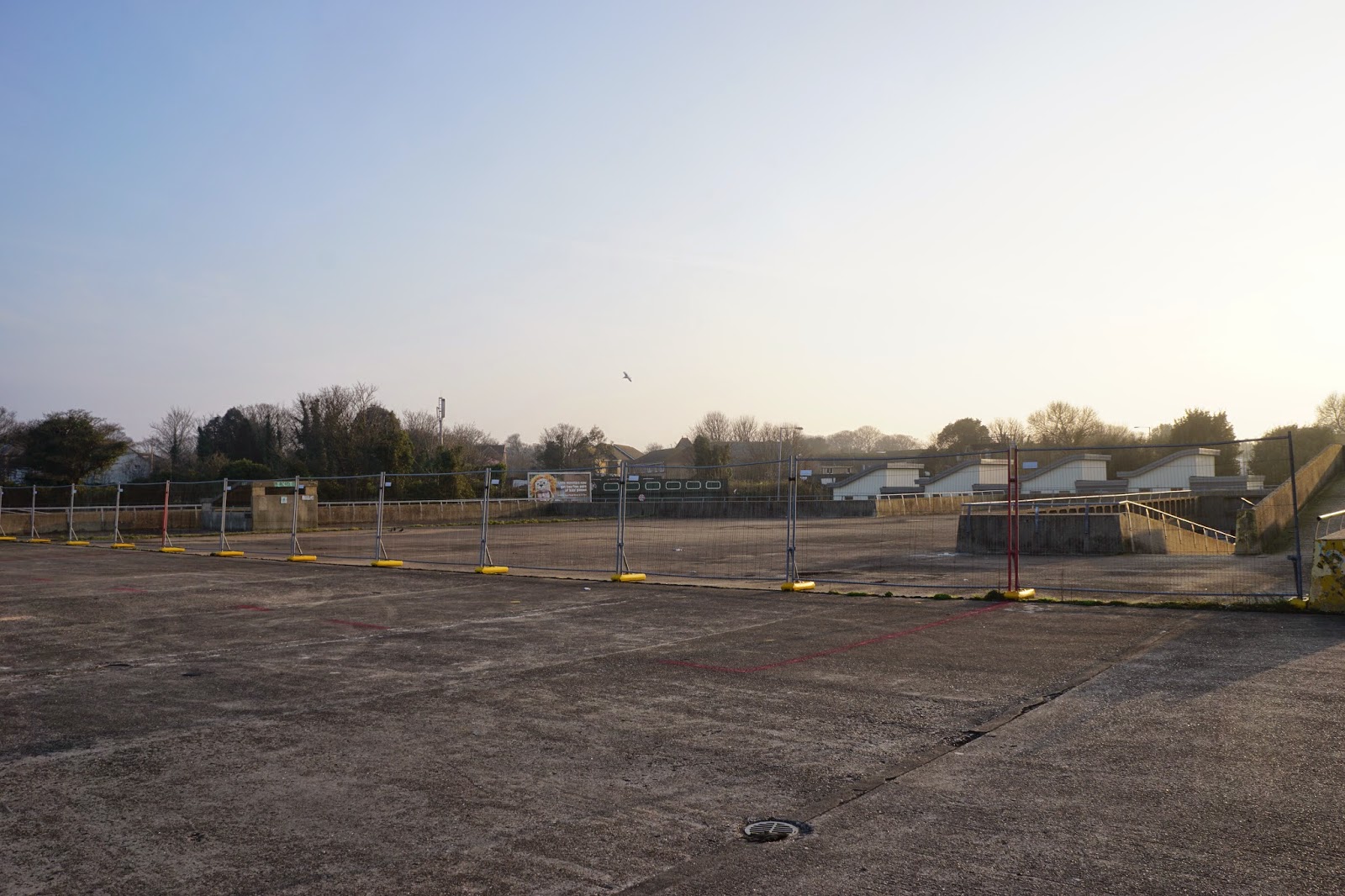 So, Thanet Council, did you tell Freshwater to get the shops and car park open at Arlington and not to spoil the opening of Dreamland that people have waited so long for?

We want to be proud of Margate seafront again. Look at it. It's beautiful! 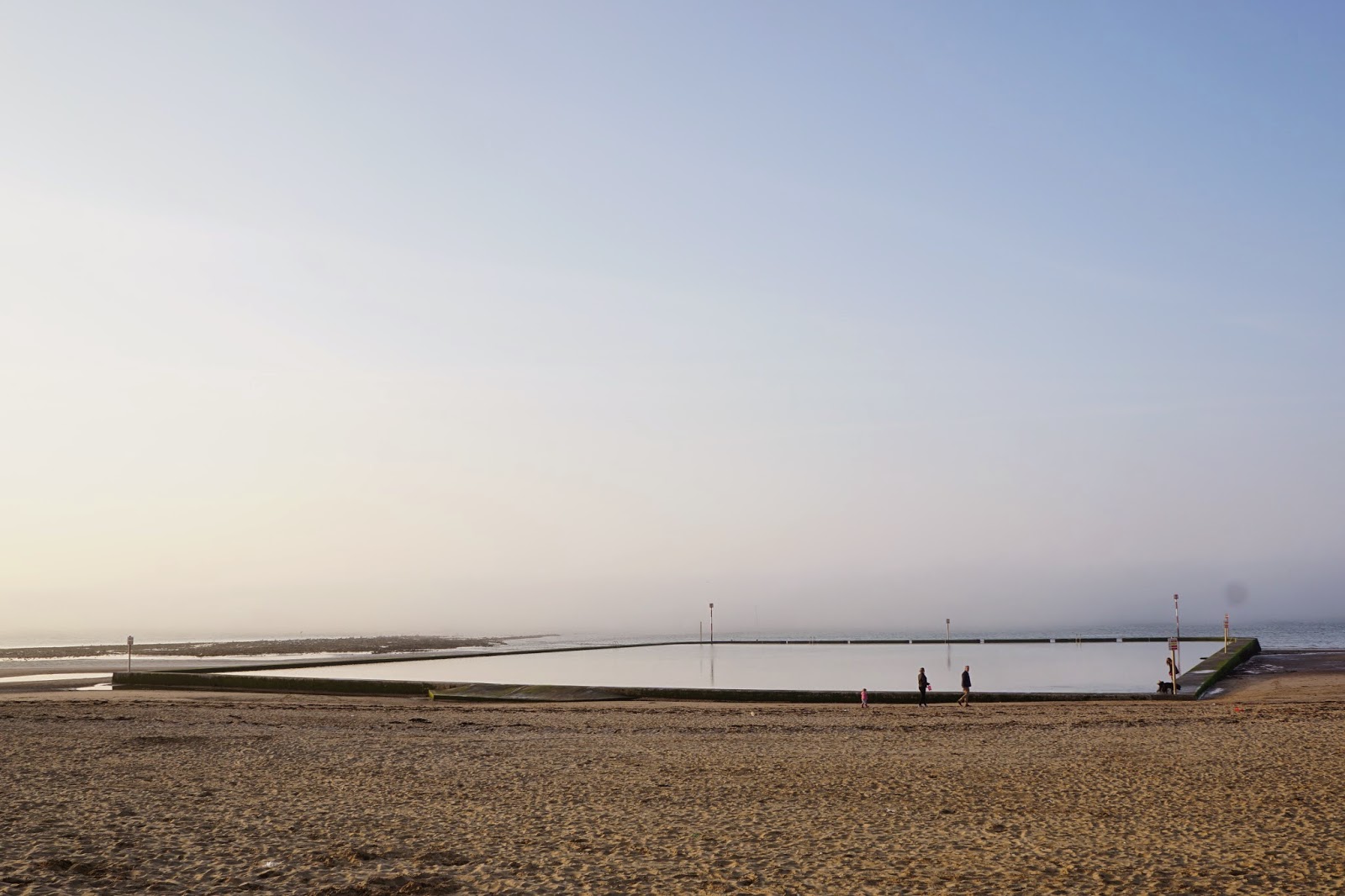 All the pictures were taken tonight.

Issues like this are what made me decide to stand for Council in the upcoming election on May 7th. The Council should be accountable for what it does and what it also fails to do.

Why can't Thanet Council enforce the terms of the Arlington lease?

In five years of the Arlington campaign, I've never had an answer on this question. Let's hope it doesn't need to come down to enforcement and that Freshwater will do the right thing and smarten up Arlington as per the lease. Tesco pulled out. It's unlikely there is another large superstore tenant wanting to take on Arlington, with large stores are closing up and down the country.

And if we're talking about a social housing need in Margate with sea views, then did you know there were over 30 vacant flats owned by Freshwater in Arlington House that had stood empty for years?

If Thanet Council were to take back the lease they could tenant these or even sell them and make enough money to renovate the entire site or build housing elsewhere.

Posted by Louise Oldfield at 00:14 3 comments: Links to this post

I’ve just received the exciting news that Pollock’s Toy Museum Trust have approached Thanet Council expressing an interest in moving to the Fort Road Hotel to house their collection as an attraction.


Pollock’s Toy Museum was first established in 1958 in London as an adunct to the toy shop business that specialized in selling old fashioned toys, especially printed paper model theatres. 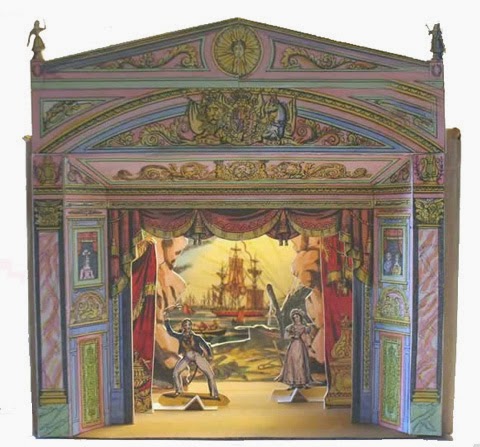 
The Trust cite the Margate’s arts-based community along with the opening of Dreamland, Turner Contemporary and the Shell Grotto as reasons for their interest in moving to Margate. 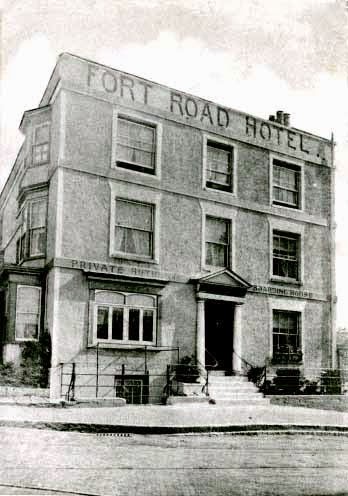 This is such good news for Margate and The Fort Road Hotel. It goes to show that there are viable options open for the site. I hope that the Council will be able to take forward the option of seeking a none residential use for the building in this prime location. One which would be a key tourist attraction that would secure the future of this cherished heritage asset for the town, and that would provide the opportunity of jobs.

Pollocks Toy Museum Trust would be a perfect compliment to Margate’s historic attractions.

The Council will be discussing the future of Fort Road Hotel at tonight's Cabinet Meeting which starts at 7pm.

Posted by Louise Oldfield at 12:43 No comments: Links to this post