The Pre-Raphaelite Studio in Birchington

I was taken out last week by my trusty guide to Thanet and shown the derelict Pre-Raphaelite artist studio in Birchington. It's sited on the cliff face in front of the Towers Bungalows private estate, which were some of the first bungalow houses built in Great Britain. I've only just come to the story, and I'm not sure that what remains of many of the Towers Bungalows are the original structures. 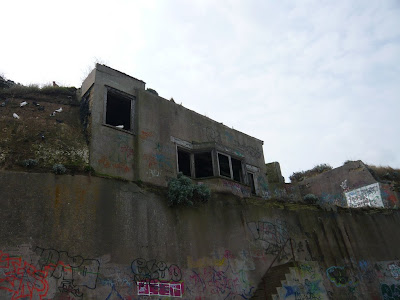 It seems the building where the Pre-Raphaelite artist Rossetti stayed and died was eventually demolished in the 1960s and seven houses were then later built on the site. But the first bungalows in the UK were built in Westgate and Birchington along that stretch of cliff, utilising new pre-fabricated building techniques and enjoying a new relationship with the sea, views and healthy living. The money to finance construction came off the back of the colonies with the involvement of the East India Company and the bankers Coutts, the architects also came from London. They built the houses for the new breed of upper middle classes brought along to the coast by the new railways.

Back to the derelict studio. It seems a real shame if this is going to simply deteriorate and disappear. It's an interesting piece of history and a fantastic site. Surely it shouldn't just crumble to pieces? The view from there is really beautiful and one can imagine why it was a perfect studio space. I imagine it is perhaps owned by one of the properties to the rear. But no confirmation on that as yet. 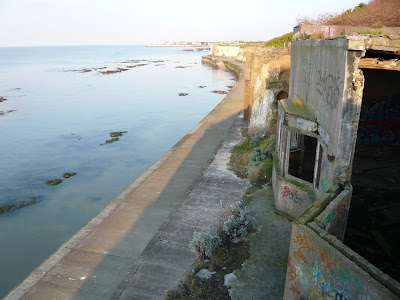 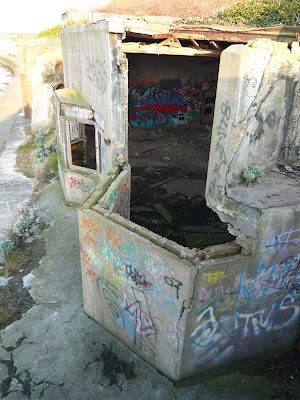 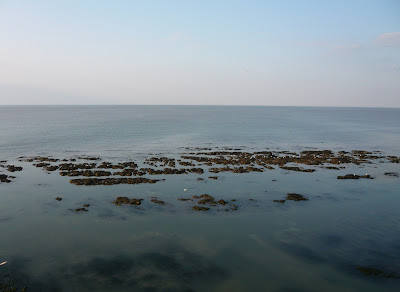 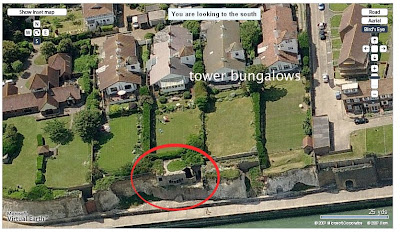 I found mention of the history via the ever useful Google Books in a publication called The Bungalow: The Production of a Global Culture by Anthony D. King.

Posted by Louise Oldfield at 20:56