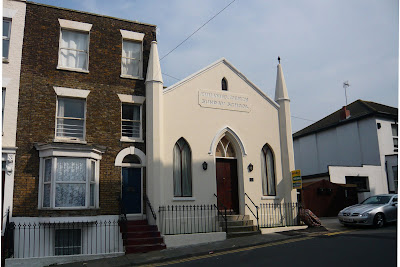 The Emmanuel Church Sunday School on Addington Square is pictured in last week's Adscene. The article states that it is referred to as "an accomplished conversion" and further "This property could easily have been pulled down and a block of flats put in its place".

There seems to be an assumption that if a building is merely converted into flats that it is somehow worthy of an award and that permission would have been granted for it to be demolished.

Why would a building like this have been earmarked for demolition?

It resides in a designated Conservation Area and the criteria for permission to demolish are pretty clear. Demolition would only be permitted if what replaces it would add or enhance the Conservation Area. The loss of a historical building of this nature would have been a pretty high cost when the area is already full to overflowing with converted flats.

Here's how the building looked before renovation: 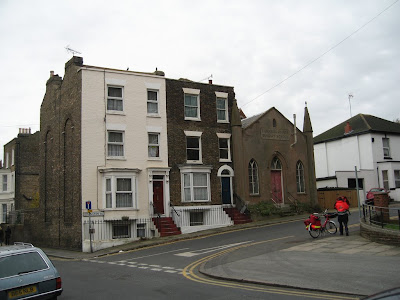 The not substantial building now houses three flats with the new upper floors cutting across the windows. Personally, I'm unsure why this is referred to as an accomplished conversion.
Posted by Louise Oldfield at 17:16