Margate in the press 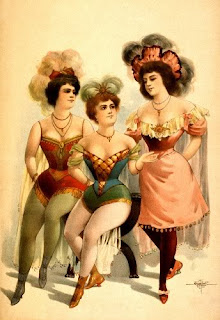 Today's Guardian has a weekend feature celebrating the great British seaside. Margate, Broadstairs and Ramsgate get a mention as having some of the country's best beaches:
Minnis Bay

"This is a rural bay in comparison with the nearby resorts of Margate and Broadstairs. By day, there's plenty to keep you occupied, with kite-boarding and windsurfing lessons, seal-watching boat trips and coastal walks. But at dusk, this blue flag beach comes into its own: the sun dips into the sea as, in the distance, 30 wind turbines shimmer in the briny haze."

"There are seven sandy bays to choose from in Broadstairs and, while most visitors head for the hustle and bustle of Viking Bay, those in the know sneak off to the blue flag beach at Stone Bay. A peaceful arc of sand cradled by chalky cliffs, this is a great place for kids to go rockpooling. Access is via one of two steep flights of steps (the beach is the setting for John Buchan's novel, The Thirty-Nine Steps), or along the promenade from Viking Bay."

A bustling blue flag bearer, Ramsgate is a good old-fashioned beach resort with lifeguards on patrol, a bay inspector and a ban on dogs in the summer months, which keeps families flocking here. The swanky Royal Harbour (a title bestowed on it by George IV in 1821) and marina (where you can get your fish and chips and ice-creams) is right next door and there are children's rides on the beach itself. Every Tuesday afternoon in August, the Ramsgate Society offers costumed walks of the nearby cliffs and harbour.

With a very nice piece bigging up the upcoming Burlesque on the Beach festival taking place at the wonderfully vintage Walpole Bay Hotel, Dippers and Dunkers and the vintage seaside film nights organised by Friends of The Shell Grotto:

"Margate is a riot of kitsch and somewhat saucy seaside shenanigans. From 16 to 21 August, the Walpole Bay hotel hosts Burlesque on the Beach – a series of vintage-inspired workshops and performances, with the emphasis on cream teas and tassels. The following week (20-27 August), there'll be 1950s-style keep fit classes on the beach (8am, Mon-Fri) as part of the Dippers and Dunkers Festival of New Variety. There will be burlesque workshops for adults, the Magnificent Insect Circus Museum and five performances of Sideshow Illusions featuring a headless lady. For something a little more sedate, the Walpole Bay is hosting two seaside-themed vintage film nights (16 September and 14 October) arranged by the Friends of the Shell Grotto, including Magical Margate (circa 1919) and The Belle of Kent (1958). Expect immaculate RP narration, usherettes and lashings of gin fizz and popcorn.
• burlesqueonthebeach.co.uk; dippersanddunkers.org.uk;shellgrottofriends.org/events "

Which leads me on to report my disappointment to hear from shop keepers in Margate Old Town that they were asked if they would like to fork out £75 to be included in a 'news feature' in The Thanet Gazette. Is there really no understanding of how real news works? Why should these hardworking shops that have stuck it out in a difficult market and are really the news story, why should they pay for an advertorial in a local rag? Please. Such a sad approach to media coverage. And lets face it, probably wouldn't do the shops much good anyway. The shops in the old town are something that we in Margate should be proud of and one hopes that what is left of a PR budget within the authority is spent on promoting these gems in our town.
Posted by MA at 10:30