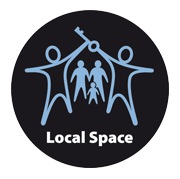 Following on from the post on Orbit South Housing Association's involvement in 19 Hawley Square I was reminded of a recent presentation at the Seasider event where coastal regeneration was the main topic of discussion. A speaker from Local Space housing association stated they were launching Coastal Space and that they have identified coastal towns Margate and Hastings as being good investments for expansion. What wasn't clear to me was good for who? Given our high numbers of unemployed and our housing stock being larger than average buildings (ex-hotels and guest houses, more often than not historical buildings requiring a high standard of upkeep and maintenance), and with 800+ empty properties in Margate and Cliftonville, with already low rents do we need an influx of housing associations?

Here's an article in The Guardian on the impact of the Housing Benefit cap. We will be an affordable region.

"A third of England will become unaffordable for low-income households within a decade, according to a study by two leading housing organisations."