Why is Andrews Passage taking so long to re-open? 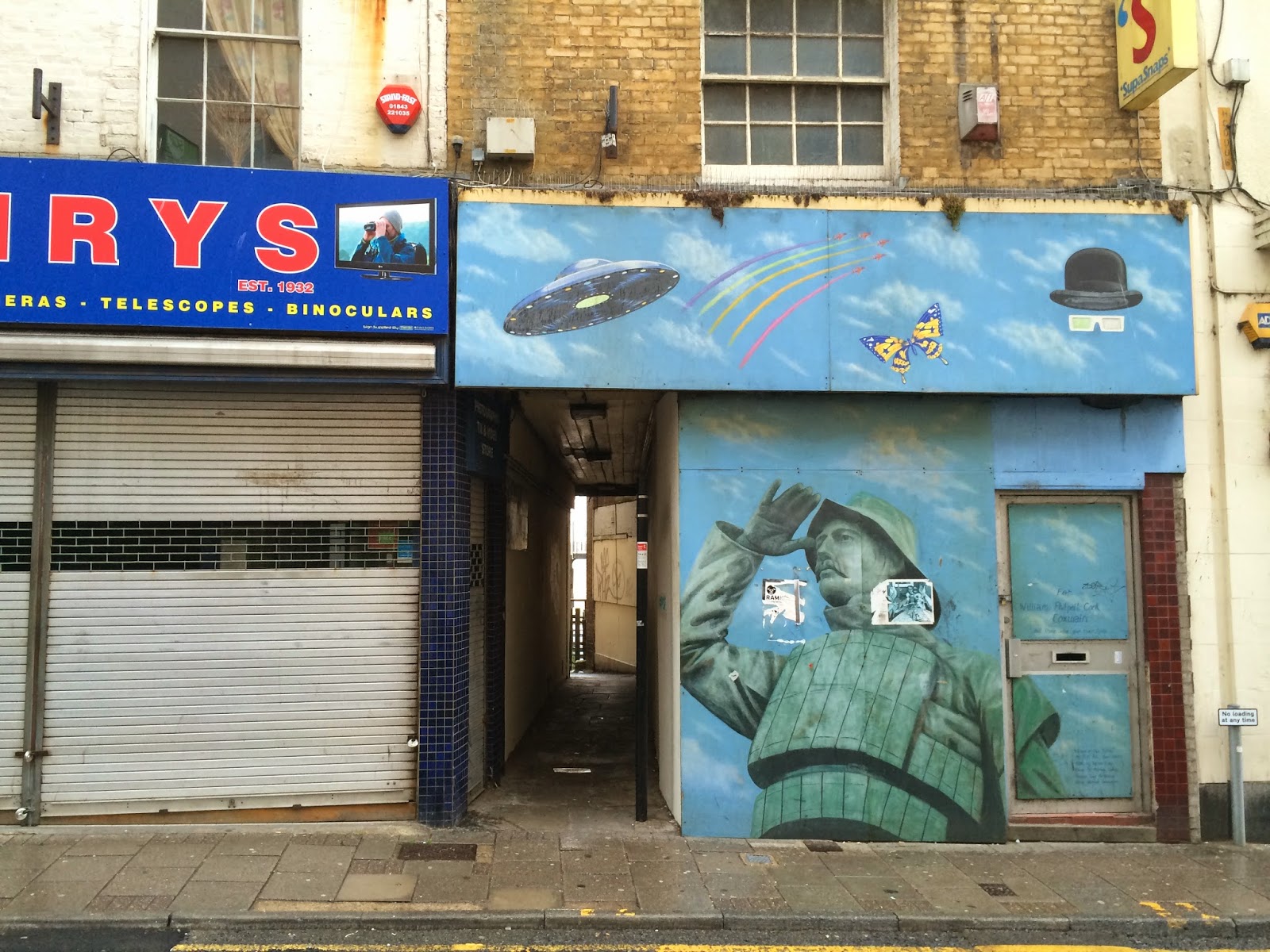 Andrews Passage in Margate has been closed for months since a hole opened up in the flagstone pathway.

The passage is one of Margate's most historic walkways, providing a link from the middle of the Lower High Street to the seafront. The passageway existed before Marine Drive was built along the seafront. 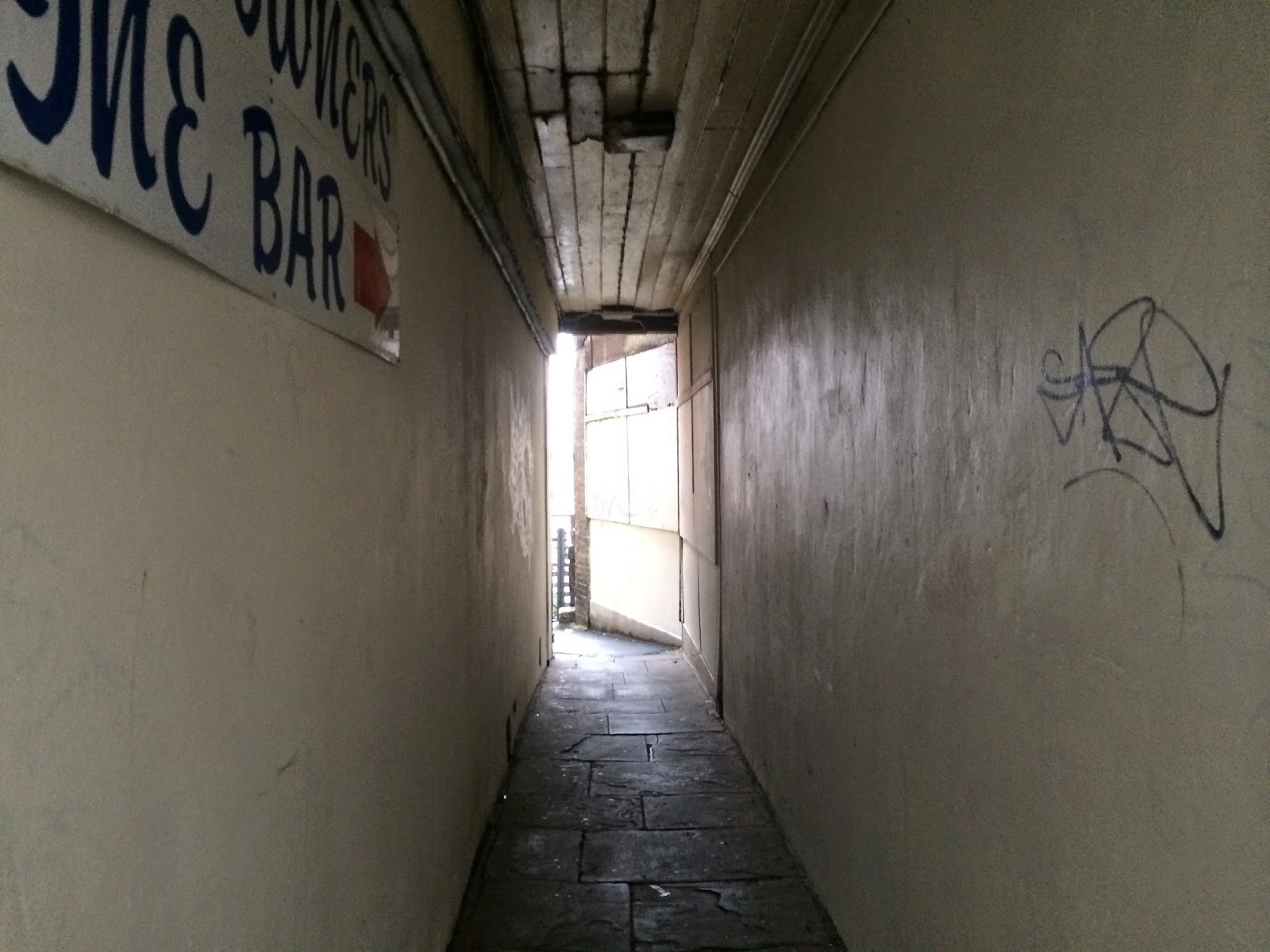 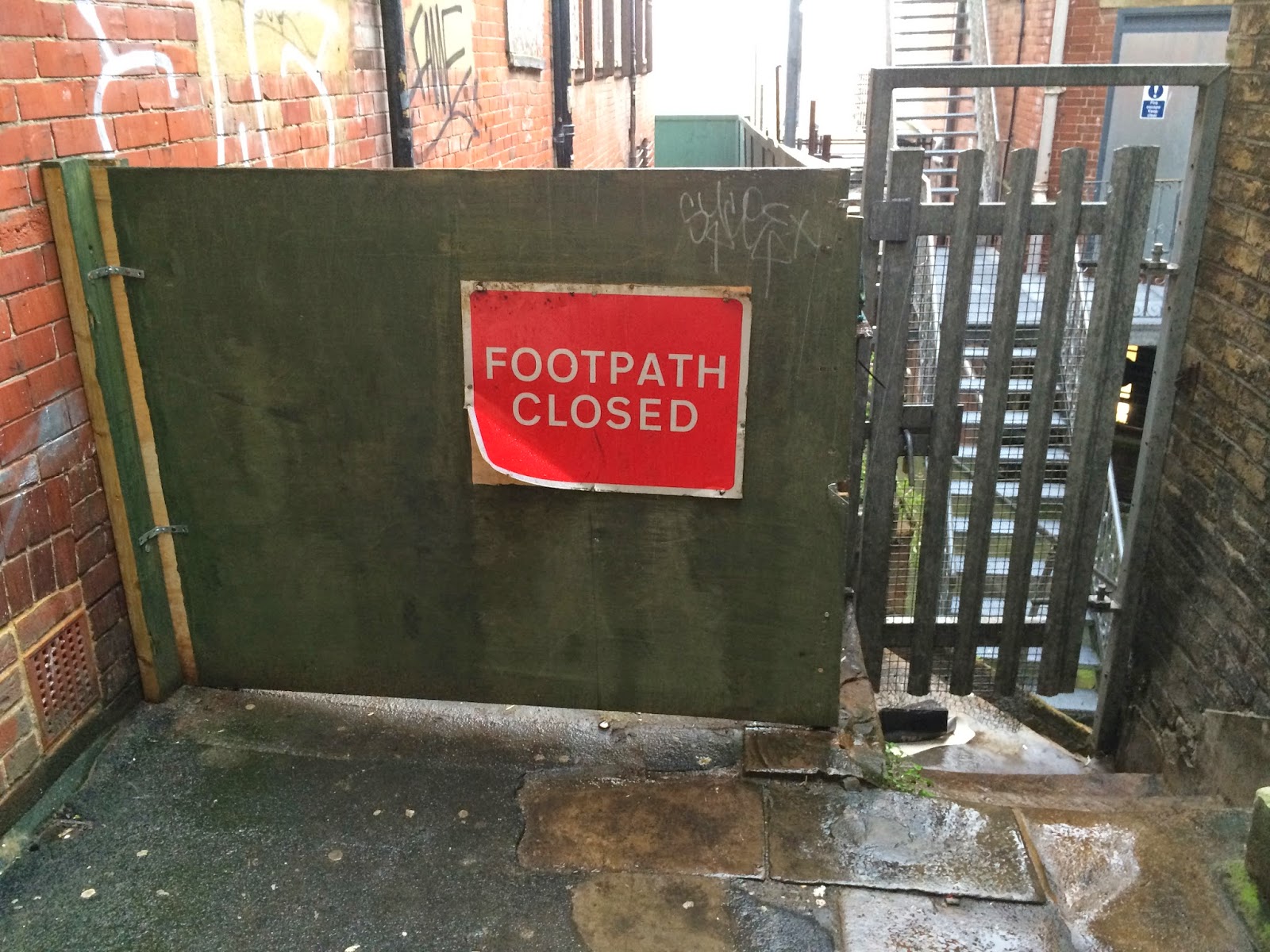 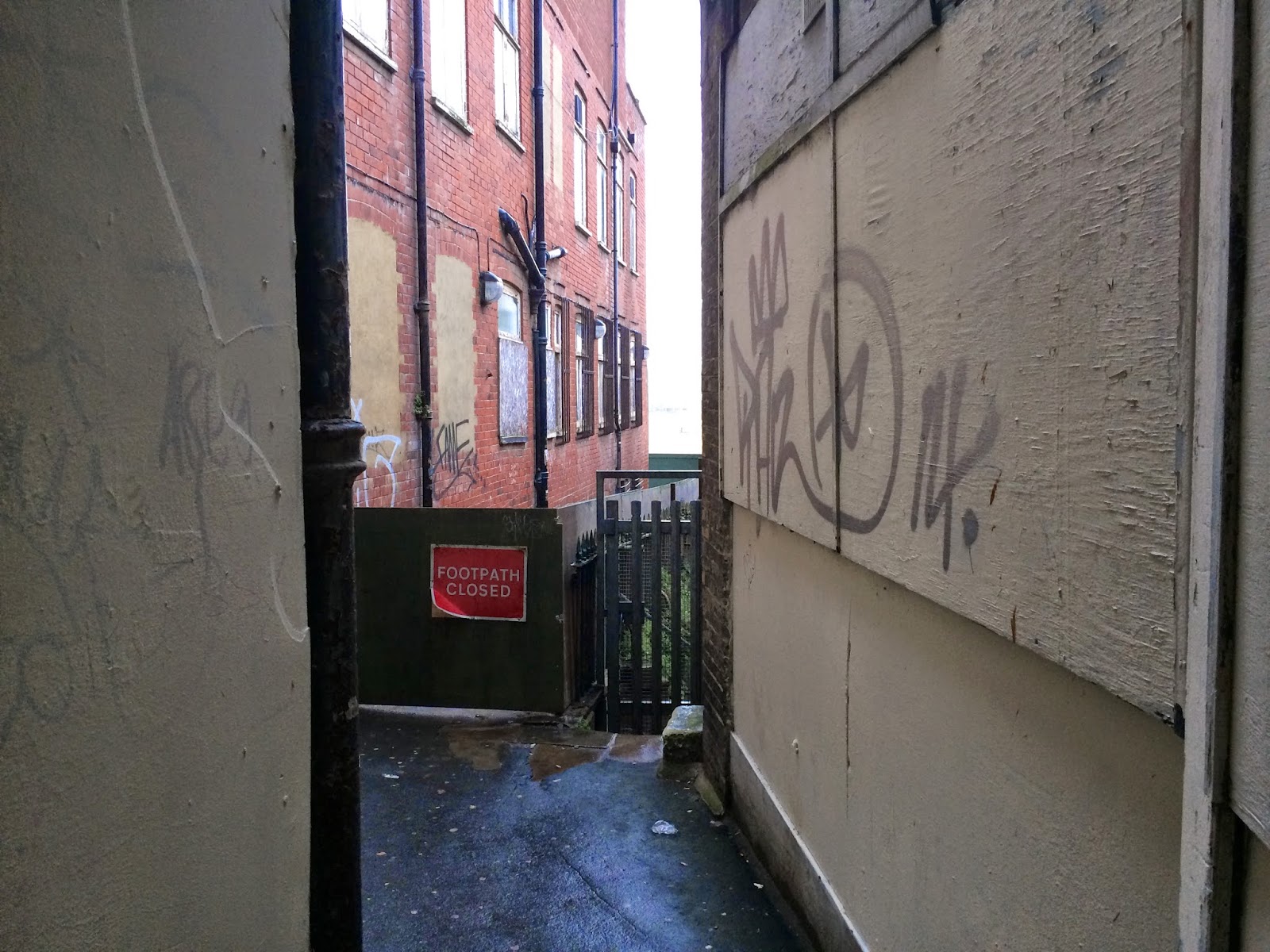 Over the years, Andrews Passage has suffered through neglect. The beautiful original iron railings have been allowed to rust and so were boarded up for safety reasons. The York Stone flagstones have been patched with tarmac repairs. The shops that run along the passage used to have active window displays onto the passage forming an arcade. Now they're boarded up. 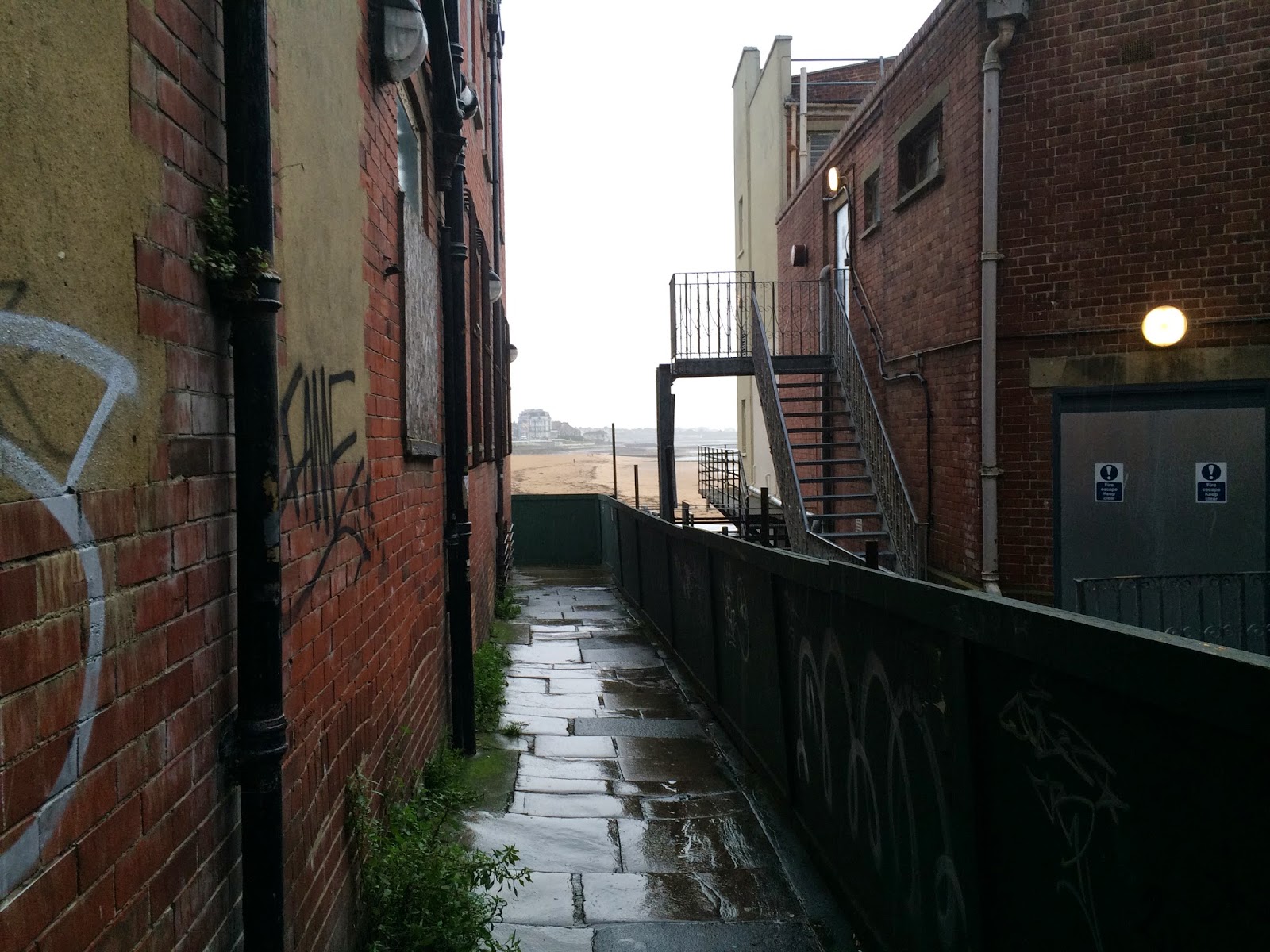 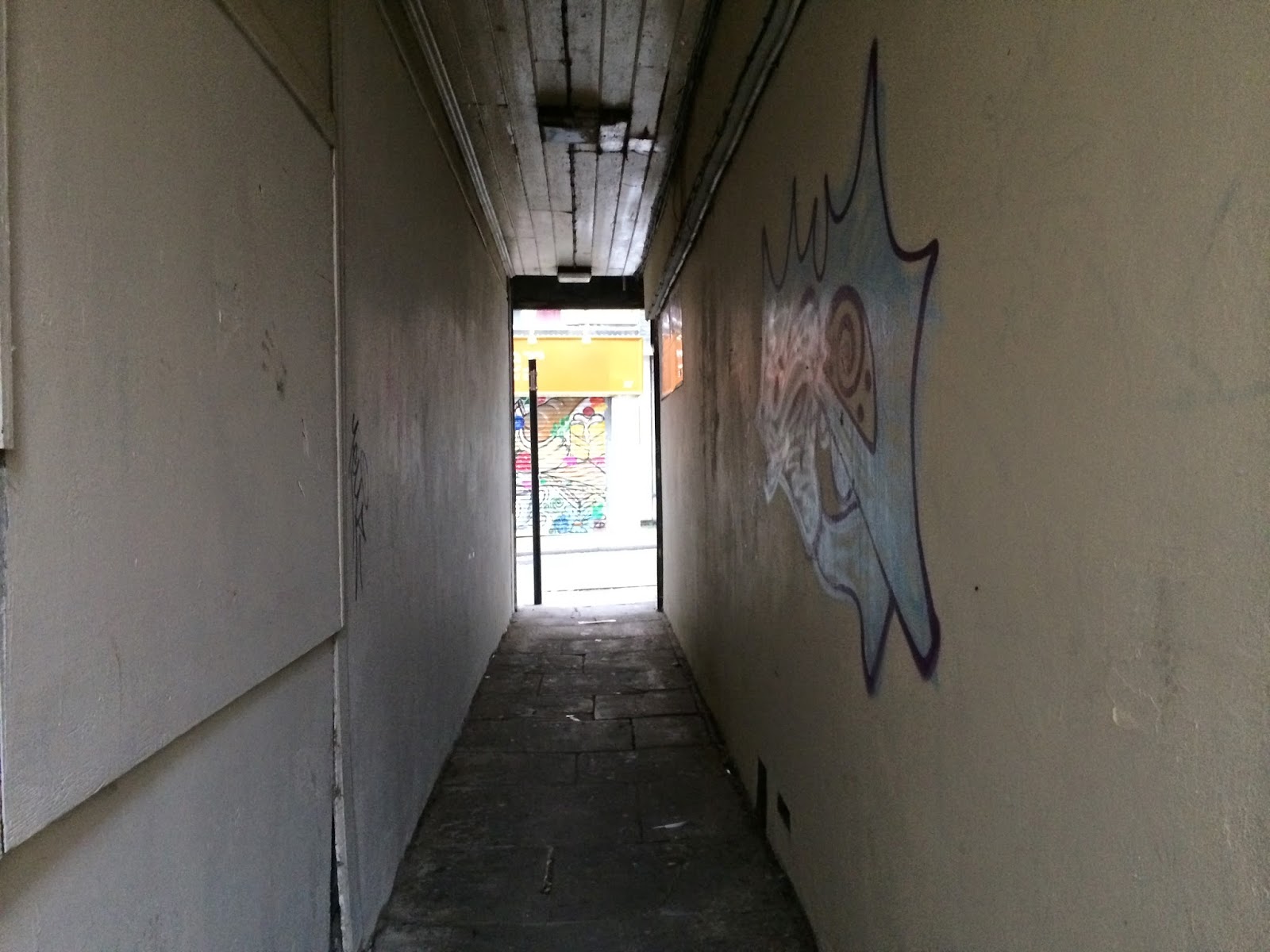 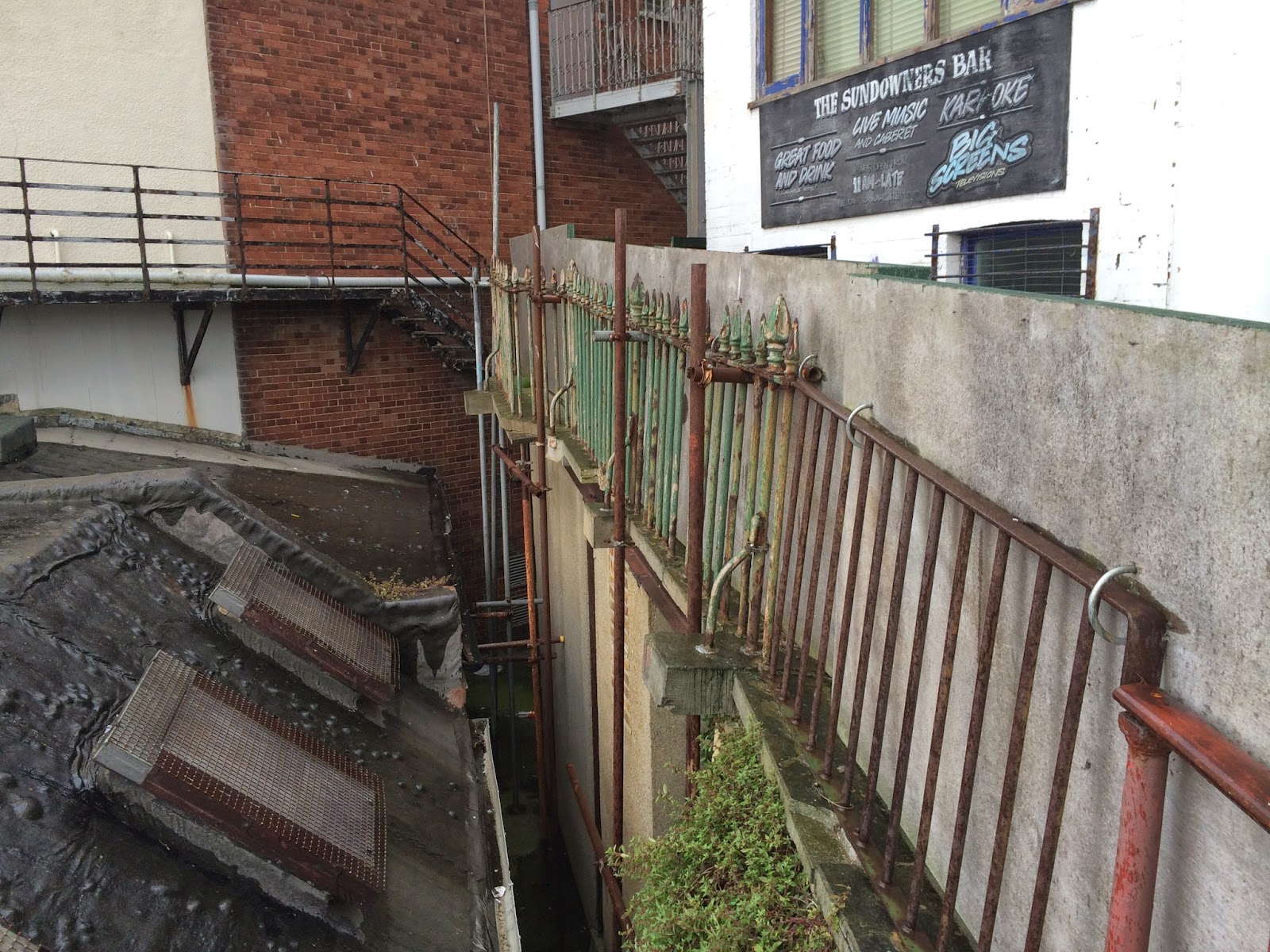 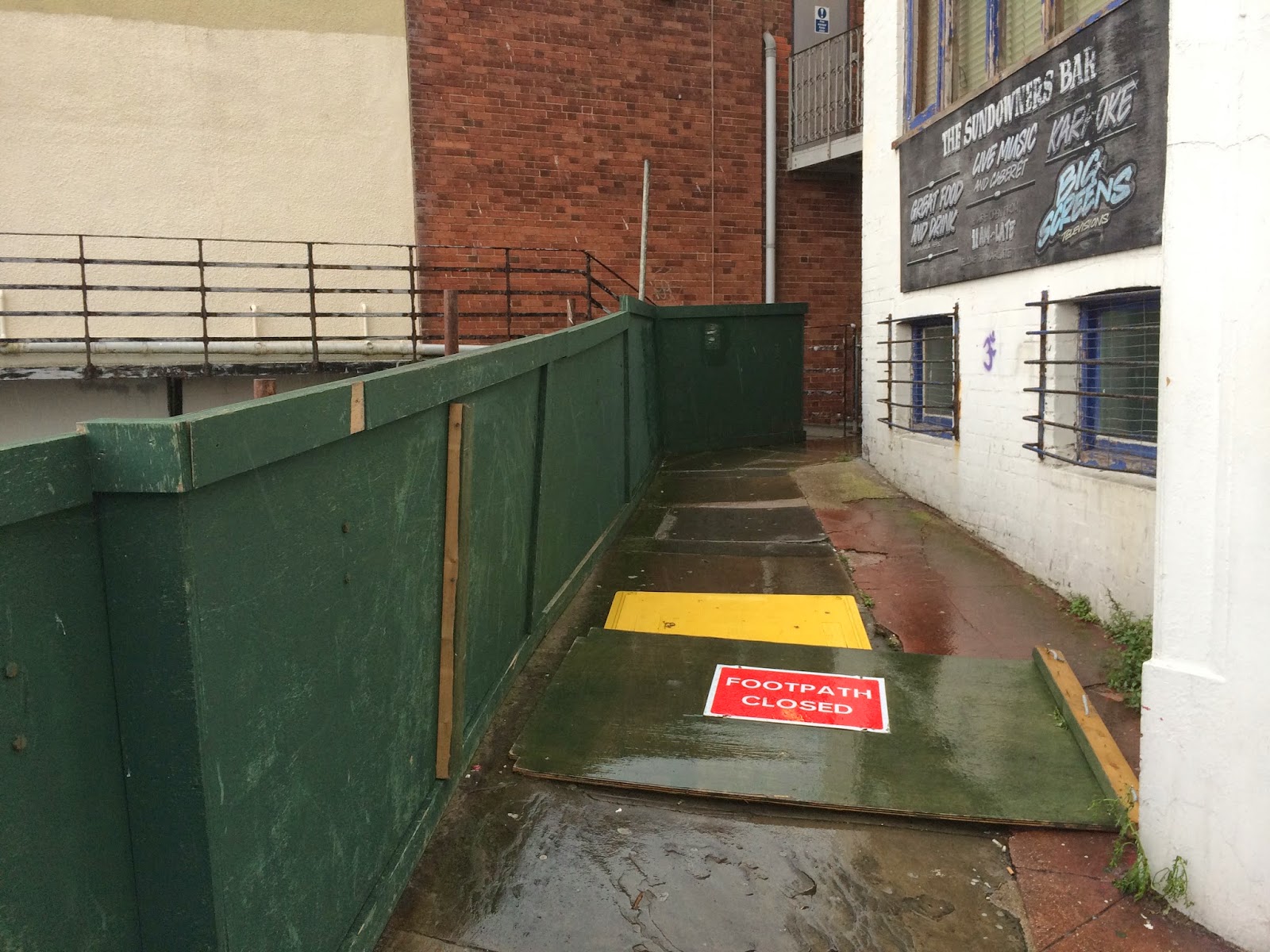 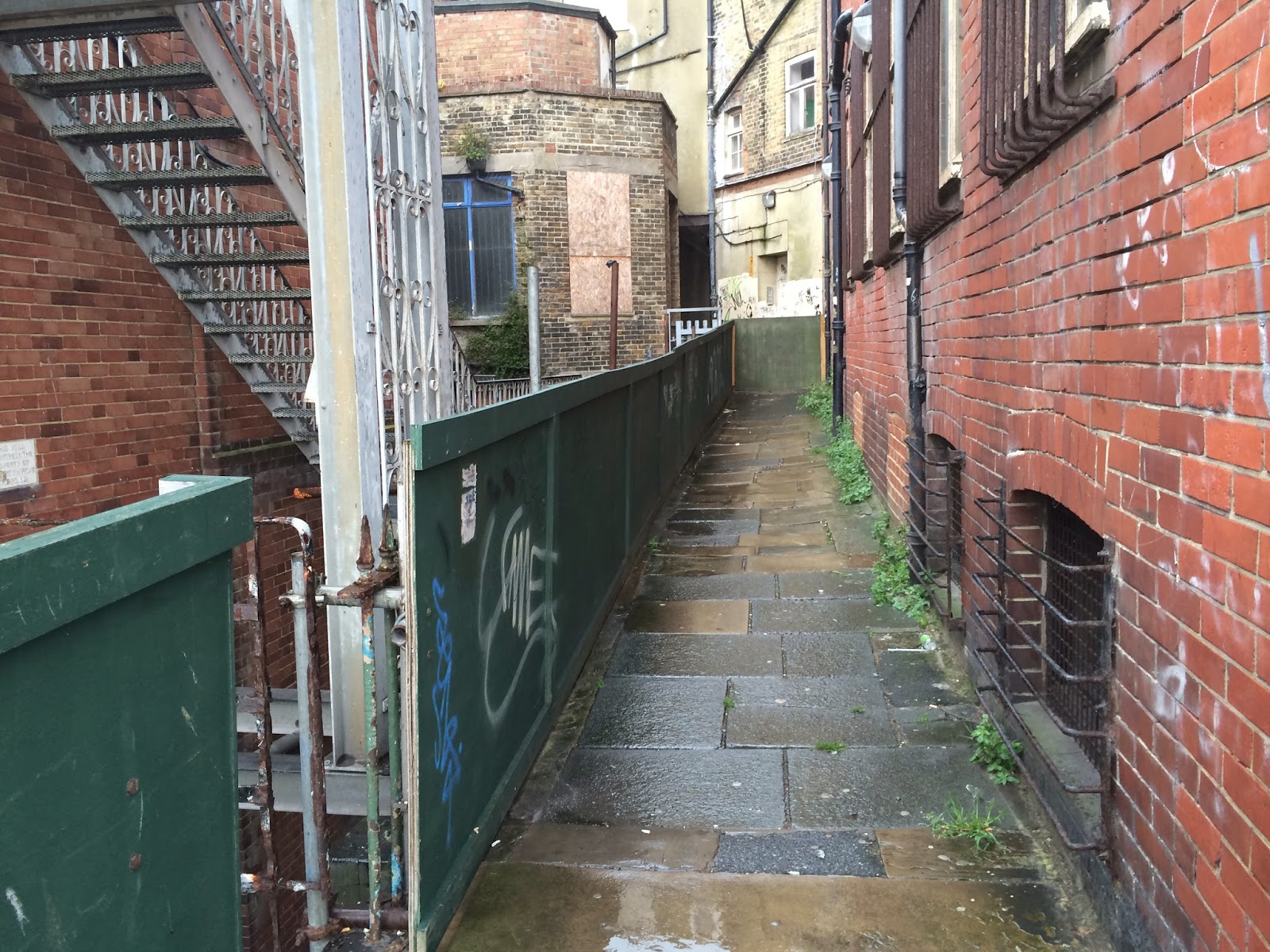 One building, next door to the brilliant Henry's, is owned by what appears to be an absentee landlord with little interest in maintaining the property the fronts on to the High Street. It has stood empty for years boarded up with a publicly funded painted mural, making the trading environment for nearby shops even harder. 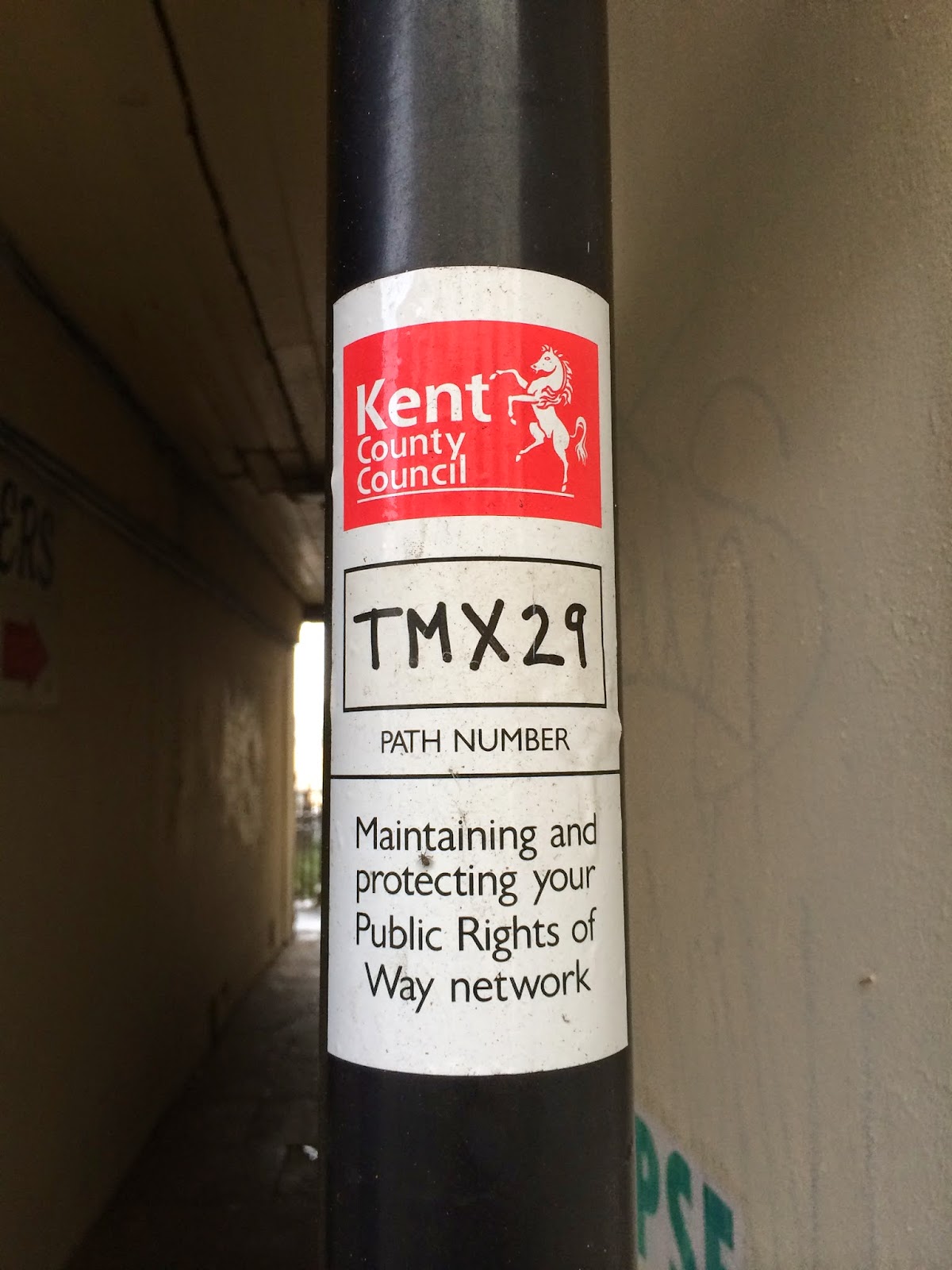 The maintenance of the passage is the responsibility of Kent County Council Highways. One has to wonder why this walkway, so vital to the shops on the High Street and to the businesses on the seafront is left closed with no timetable for re-opening.

Posted by Louise Oldfield at 15:56