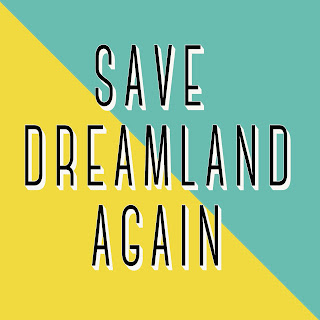 News broke over the weekend that Sands Heritage Limited (SHL) the company chosen by Thanet District Council in November 2014 as the preferred operator to run Dreamland, has gone into administration. The fact that SHL haven't made it through a full year since signing the lease agreement the night before Margate's historic amusement park opened on  June 19th 2015 is shocking. Sadly, however, unsurprising.


“We signed the lease the night before we opened in June, after a year of negotiation,” he says. “It was a very complex deal." Nick Conington, Chairman of Sands Heritage Ltd, Property Week, November 6, 2015.

What's incredibly frustrating is how it's come to this. Dreamland is the historic Margate brand, internationally renowned the world over, over many generations of holidaymakers. The subject of a twelve year campaign of sheer will and hard graft by a dedicated group of die hard volunteers and many many supporters wider afield. It developed from a grass roots campaign into a charitable trust. Yet when SHL's marketing and sponsorship manager describes Dreamland as: "one of the South East’s best kept secrets, but as we approach our one-year anniversary, the time has come to grow awareness nationwide. " you know you might need to worry.

It's easy to forget that there wouldn't be a Dreamland for  SHL to sell brand partnerships with without this campaign. After all the hard work of legally securing the site from developers, Dreamland was handed into the care of officials who's job it was to take it forward to the finish line of opening to the public. The people who really cared for it as a vision aren't the people who decided to open it on June 19th 2015. This early date also raised eyebrows at the Heritage Lottery Fund, Dreamland's principle grant funder in an email to the Dreamland Trust on May 1st 2015, released by a Freedom of Information request stating that SHL should bear the full responsibility of this decision.
Somewhere along the line, care hasn't been taken to keep this publicly funded project to the tune of millions on track (where is the heritage and education learning centre?), ensuring the best outcome for Margate and for the people who put in literally thousands of hours into ensuring Dreamland didn't become another lucrative residential and retail development site in the centre of town.

The fact that we the public are still far from clear about the legal status of Sands Heritage Limited's now 100 years lease (negotiated up from 25 years during the tender process) tells us something.

Quite simply, what most people want to know: is Dreamland safe?

If a commercial operator like SHL fail to make a viable go of Dreamland, will SHL's conduct be assessed and Dreamland as a park come back to the Thanet Council for another potential operator to have a go at running the park in the model it was publicly funded for? 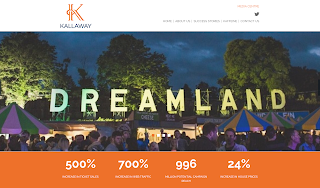 Because it seems to me that the people involved in Dreamland in the last 18 months aren't working on the Dreamland I'd envisaged through the campaign period. The other day, I came across Sands Heritage Limited appointed PR firm Kallaway claim to having "increased ticket sales by 500%' (that and raising house prices in the area by 24%!) for the same time period SHL were claiming at court poor ticket sales as the reason they'd amassed almost £3m of debts and laying the blame at the door of Thanet District Council for, among other aspects, not getting The Scenic Railway up and running in time for their June 19th 2015 launch.

SHL having signed the lease on the 18th of June and having had a number of regular meetings with the Council will no doubt have been aware of the status of the Scenic Railway. All available evidence so far released show it was SHL that pushed for that June 2015 opening date. I've yet to see a document of SHL complaining the Scenic not being open for June 19th was going to ruin their plans. If anyone has got this evidence, I'd love to see it.

After entering mediation, Thanet Council handed SHL a further £1,050,000 in December 2015 and rumour has it a further seven years rent free on top of the initial seven, bringing it to 14 years rent free.

Who knew that after the major campaign victory of the securing the site via a lengthy compulsory purchase legal battle that the Save Dreamland badges and posters might have to again come out of the cupboard to fight for the park's future?

Well, perhaps those of us that questioned SHL's lack of experience in amusement parks compared to other bidders. And as Ed Targett has pointed out on his blog posts here and here even their CVA (company voluntary agreement) was fantastical in claiming they would bring in £7m in revenue between November 2015 and November 2016. Do cast your mind back to how many days Dreamland was actually open from December 2015 to now.

There are many questions to be answered. So many, that I think only a public inquiry will do. Dreamland is a big deal to Margate. It's a big deal to Thanet, a district that can ill afford to lose this amount of money and a valuable seafront leisure asset. We need to scrutiny of the figures and scrutiny of the management of this crucial 12 year project.

How much public money has actually been invested and how much have SHL invested?

According to a Thanet Council's presentation to the Corporate Review Working Party on September 30th 2015, SHL were listed as having invested only £200,000 with the vast share of investment picked up by the public purse. 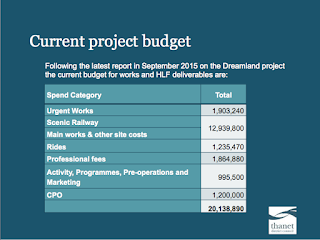 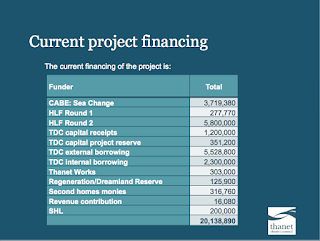