The destruction at Reeves Yard 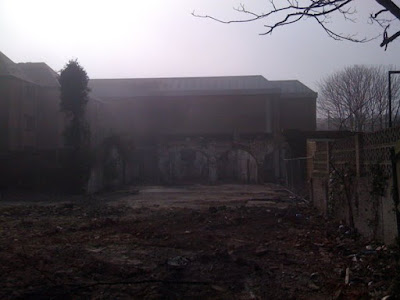 Sadly, another tale of unauthorised destruction of a piece of Margate's heritage has taken place. In recent days the historical group of buildings nestled between King Street and Hawley Street, that are known as Reeves yard have been demolished. In additional all of the trees have been felled. The land immediately fronting King Street, opposite the Tudor House, is owned by TDC. The site was trespassed on by the developers and a large, and rather fine sycamore tree felled without the consent of the Council.They were the oldest industrial buildings in Margate and - baring farm buildings - in the district. Consent was granted (06/0300) for their conversion to dwellings where Members over ruled a strong objection from the Environment Agency, (on the grounds of flood risk, this being the lowest point in the Old Town), because the conversion was saving buildings of great historic interest. The entirety of the site is within the conservation area.

Reeves Yard is owned by Roger Crittenden, the estate agent.

Local historians Mick Twyman and Alf Beeching did some research on the buildings. Here's an exstract:

" In 1849 this yard became the home to the mineral water manufactory of the Reeve family, and that business diversified and propspered as the years passed, becoming bottlers and purveyors of not only fizz water but beers and wines to the trade and an important and successful part of Margate's commercial life right up until 1964, when it sadly closed. The uildings which Reeve errected in Swinford's Yard were largely of timber construction, huddled around a few pre-existing brick structures, and would have made a perfect setting for a dramatisation of one of Dickens' wonderful stories, but a few years ago, whilst lying abandoned after several decades of intermittent use by small businesses engaged in motor vehicle maintenance, they were gutted in a serious fire which also threatened adjacent properties, so fierce was the blaze. The old off-licence shop at the bottom of Hawley Street fronting the yard of what was the George Inn, but which is now the inevitable indian restaurant, is still there, and although now an antique shop is still proudly displaying Reeves business interests of the liquid form (they were brick makers architects and estate agents) on its fascia."

Photographs of the site taken today below. If anyone has photographs from way back, I'd love to see them. Please make some noise over this and contact Brian White at TDC on 01843 577007 brian.white@thanet.gov.uk to complain. There will be little left of Margate's heritage if people are allowed to flaunt the rules of development in this manner.

Google map to the location of Reeves Yard. Incidentally, I registered a google map for items of historical interest in Margate. I'll try adding stuff on there, but would be great if others could join in, too. 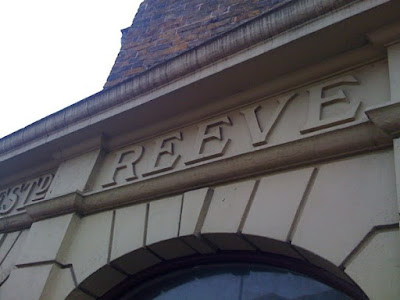 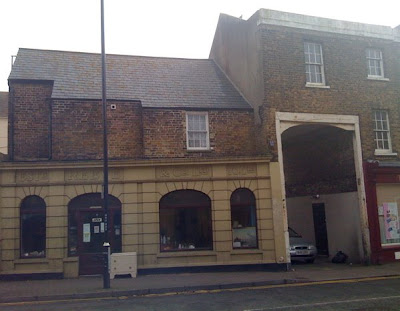 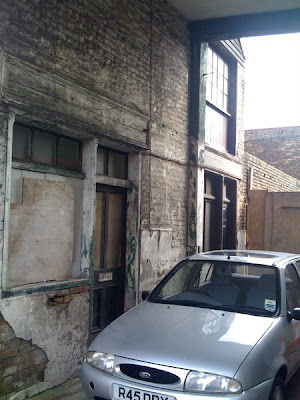 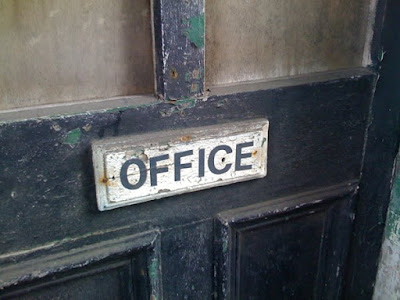 Posted by Louise Oldfield at 09:59