Has Margate's Cultural Strategy been scrapped?

Yesterday, I noticed that the Council funded website www.thisismargate.co.uk has been taken down and now redirects automatically to the Thanet Regeneration Board.

'This is Margate' was a site developed after lengthy public consultation exercises and sought to pitch Margate as a center for creative and cultural regeneration that had underpinned much of the funding in town over the last decade.

Design work was undertaken by Studio Baum, who previously had done some really great work for the Margate Rocks festival. 'This is Margate' was was designed around the theme of seaside postcards and classic cliched slogans.

A colour palette was developed. The site was a central point where you could find key cultural strategy policy documents and held newsletters and minutes from the board meetings of the Margate Renewal Partnership, the agency tasked with taking forward, Margate's ambitious regeneration plans of which the building of Turner Contemporary was key. If you wanted to know what was going on and where things were headed, this was the site you went to.

Margate Renewal Partnership was wound up in 2011. Margate's website however, funded to publicise the creative regeneration aspect of Margate continued.

Further work on developing a Margate brand identity was undertaken in 2010-2011. A creative brief was issued by Thanet Council and interviews commenced with various agencies pitching their concept for Margate to panels of stakeholders. London based brand agency, Underscore were chosen to create the Margate brand. A series of evening workshops were held as social events with the community invited to participate. These events were dubbed the 'Margate Conversation'. 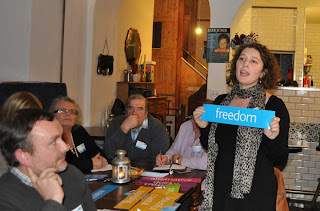 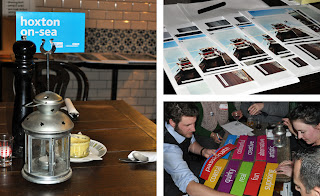 Margate's views were taken on board, ideas shared over many hours and weeks. I covered it here on the blog. Underscore's solution built on the legacy of the work undertaken previously on This is Margate. Colour coded sections were created for topic areas such as Live Margate (which actually being used on the www.livemargate.co.uk site for the £21m housing renewal stuff up in Cliftonville). 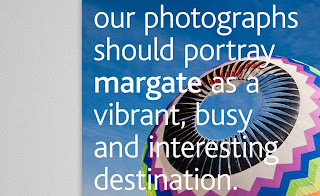 So, how do we arrive at the situation where, after all the care, time and public expense has been taken to consult and develop a Margate brand, that anyone tapping Margate Renewal Partnership or www.thisismargate.co.uk into their browser is brought to the dry as a bone clip-art-tastic, badly designed website for the Thanet Regeneration Board? After all the efforts to run democratic groups so people can be actively involved do we find out about this by accident.

But before getting to grips with what the TRB actually is and how we in Margate can input into it:

Why did the This is Margate website have to be removed in the first place to be replaced by an unknown Thanet committee page? 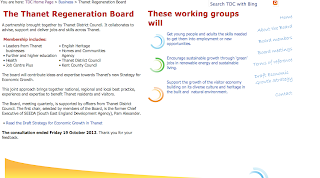 Where did they get those fonts from and that palette?

I think Thanet Council should put www.thisismargate.co.uk back up. It belonged to Margate and we the people of Margate worked hard to input into it. Bring back This is Margate!

Has there been a change in strategy? Are we now to cease having a Margate cultural strategy and come under the new era of a the Thanet Regeneration Board?
Posted by Louise Oldfield at 18:49

Email ThisBlogThis!Share to TwitterShare to FacebookShare to Pinterest
Labels: margate renewal partnership, Thanet Regeneration Board, The Original Seaside, This is Margate, Underscore