After yesterday's missing file incident, I was contacted by email this morning with the news that the 05/0070 file had been found and was available to view at The Gateway. It was quite a big file and the contents too many of interest to discuss in just one post.

I thought I'd start with the big list of planning permissions granted on Hoser's Corner dating back to 1991. 1991!!!

If ever there was a list of shame, this is it. Permission granted (OL/TH/91/0540) by Thanet Council in 1991 that  was never started and extended over and over again for almost a decade to the year 2000 and all the while the corner site remained a derelict eyesore site blighting this prominent corner of seafront Ethelbert Terrace. Then to come back five years late in 2005 with (05/0070) to then be decided in July 2007 under delegated authority.

It begs the question why was no enforcement ever undertaken to put a stop to this awful land banking? 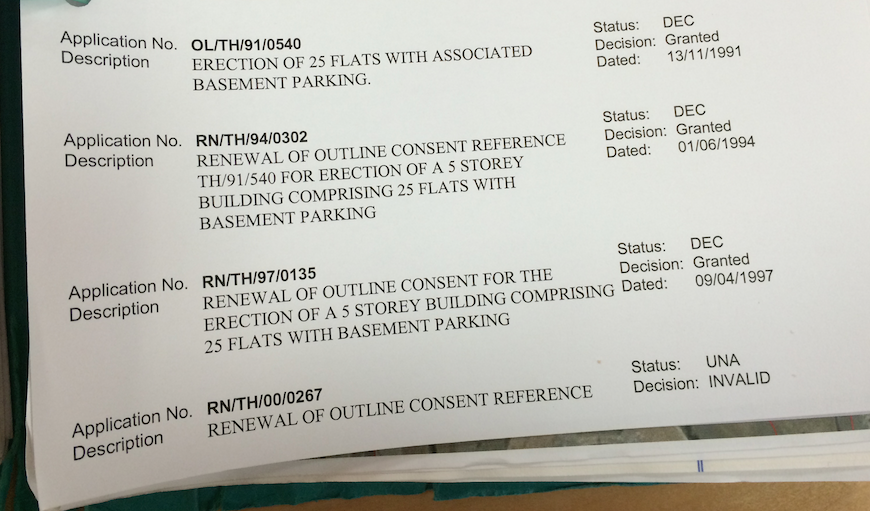 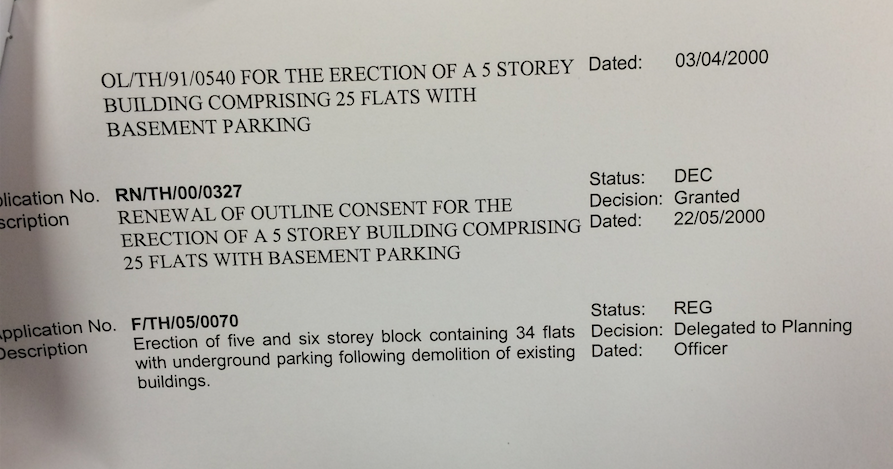 Posted by Louise Oldfield at 20:43