I've seen more pop from a party popper! UKIP's spring conference came and went. An empty purple battle bus of 'common sense' made endless circuits of Margate. The most exciting thing was a stunt pulled by the musical The Producers who turned up at the conference venue on Friday morning in a tank with a dancing Hitler.

Yesterday, Margate seafront and the Old Town were less busy than usual for a sunny Friday afternoon. 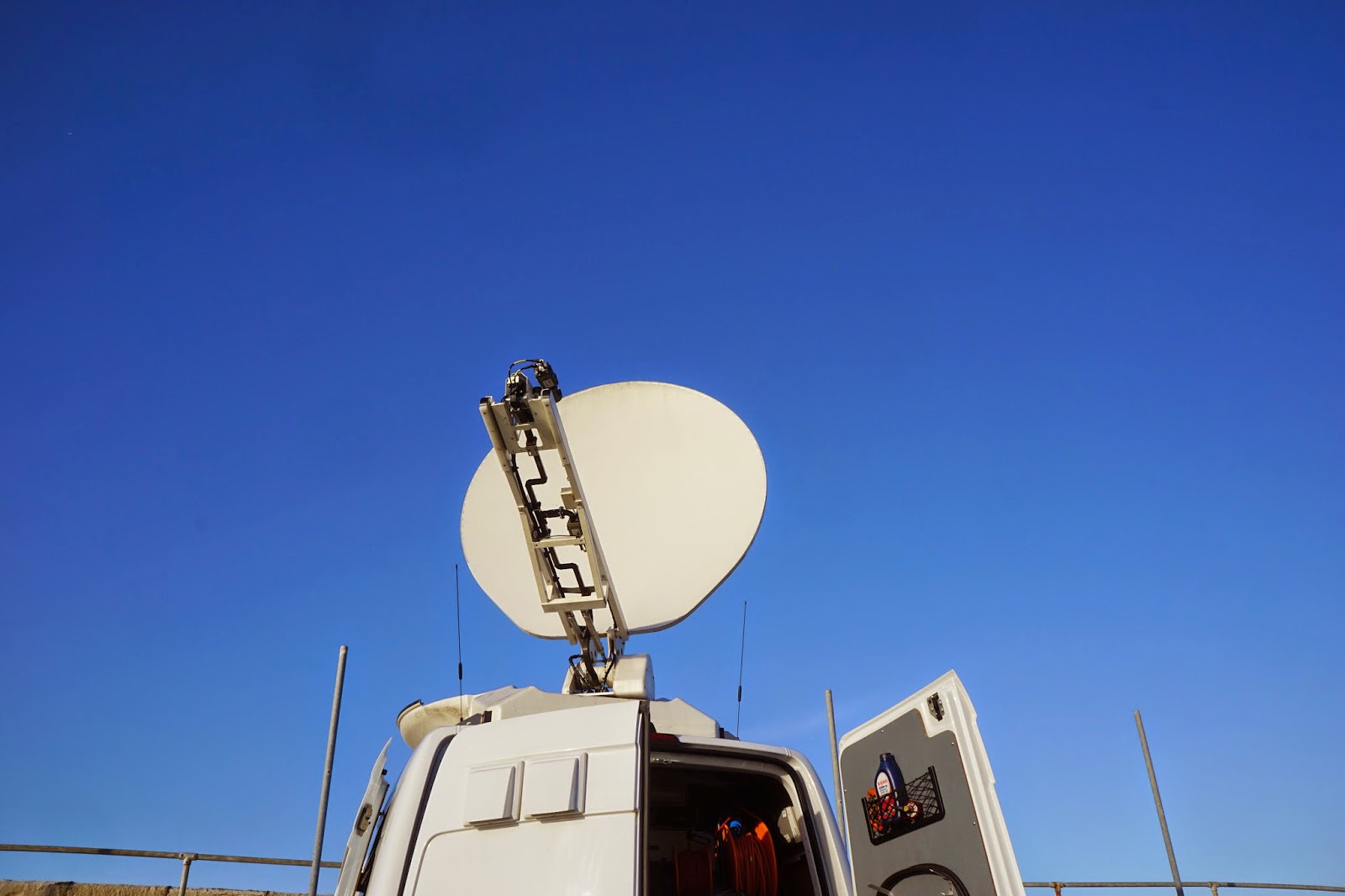 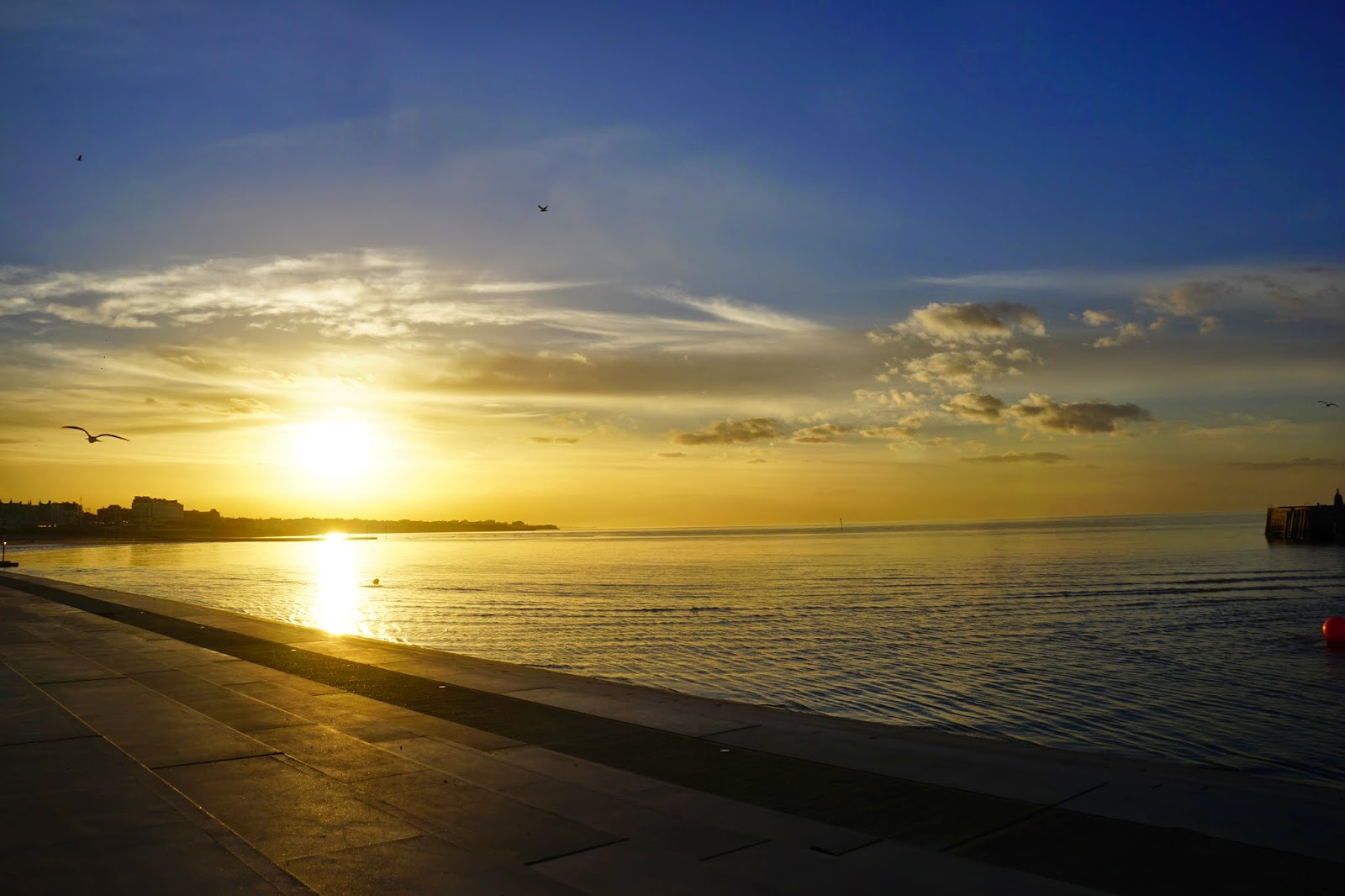 Today there was the Thanet Stand Up to UKIP march from 12pm. There was a really good turn out for what was today a cold and blustery day. There was a carnival atmosphere as people marched up from the railway station to the Winter Gardens.  I had to leave early to get back to work, so only saw the news of scuffles at the Turner on the Thanet Gazette newsfeed. 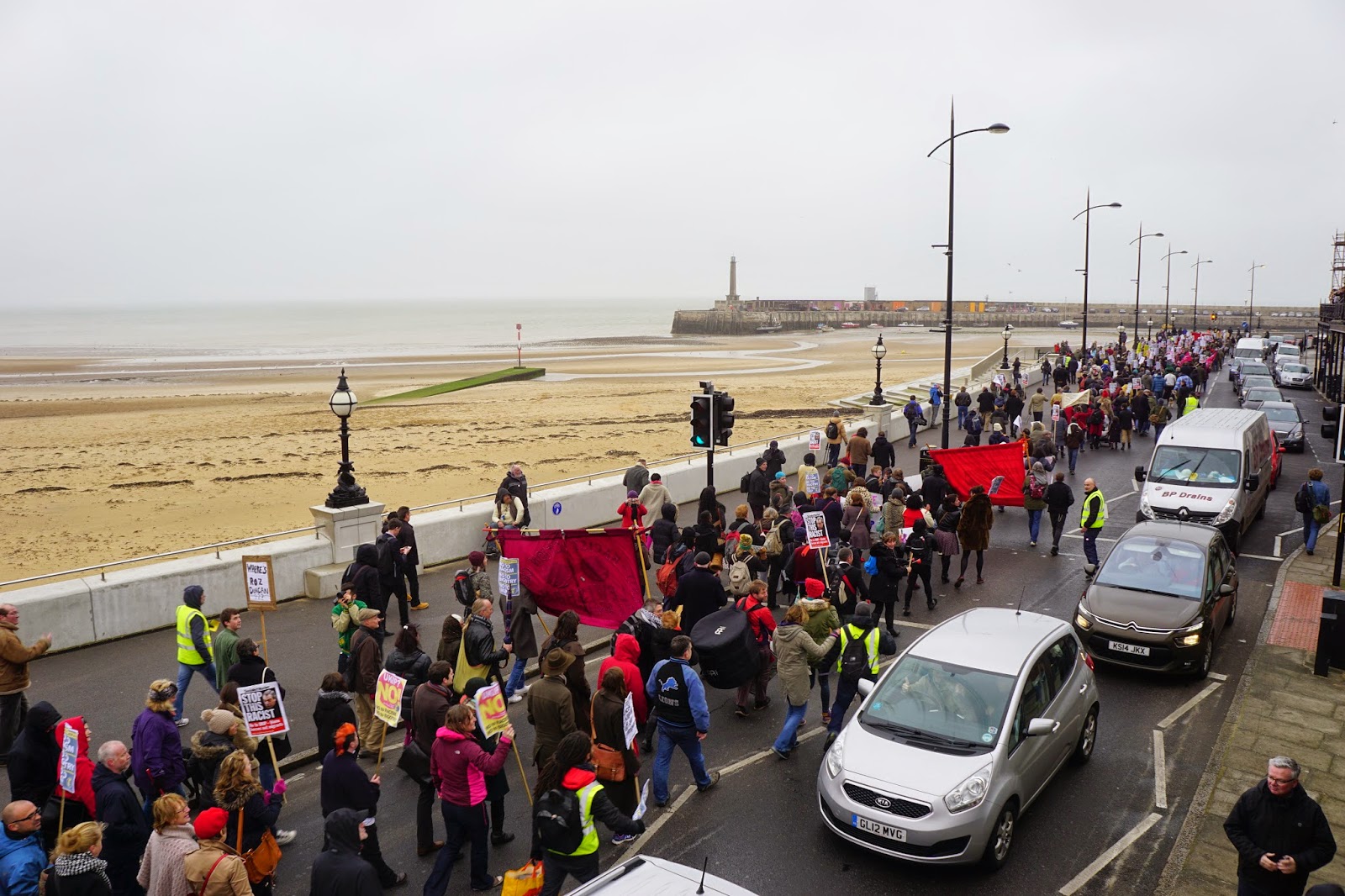 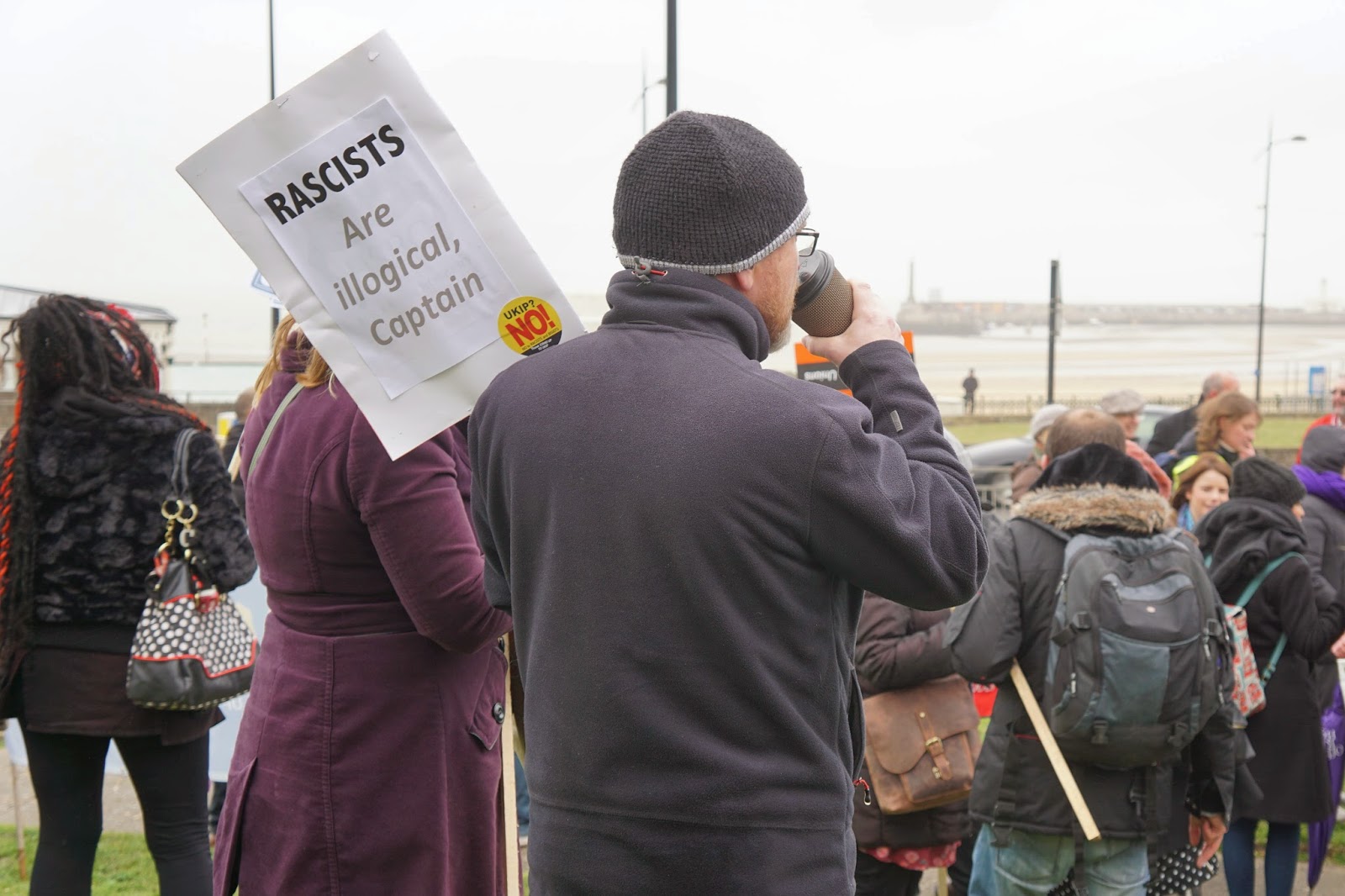 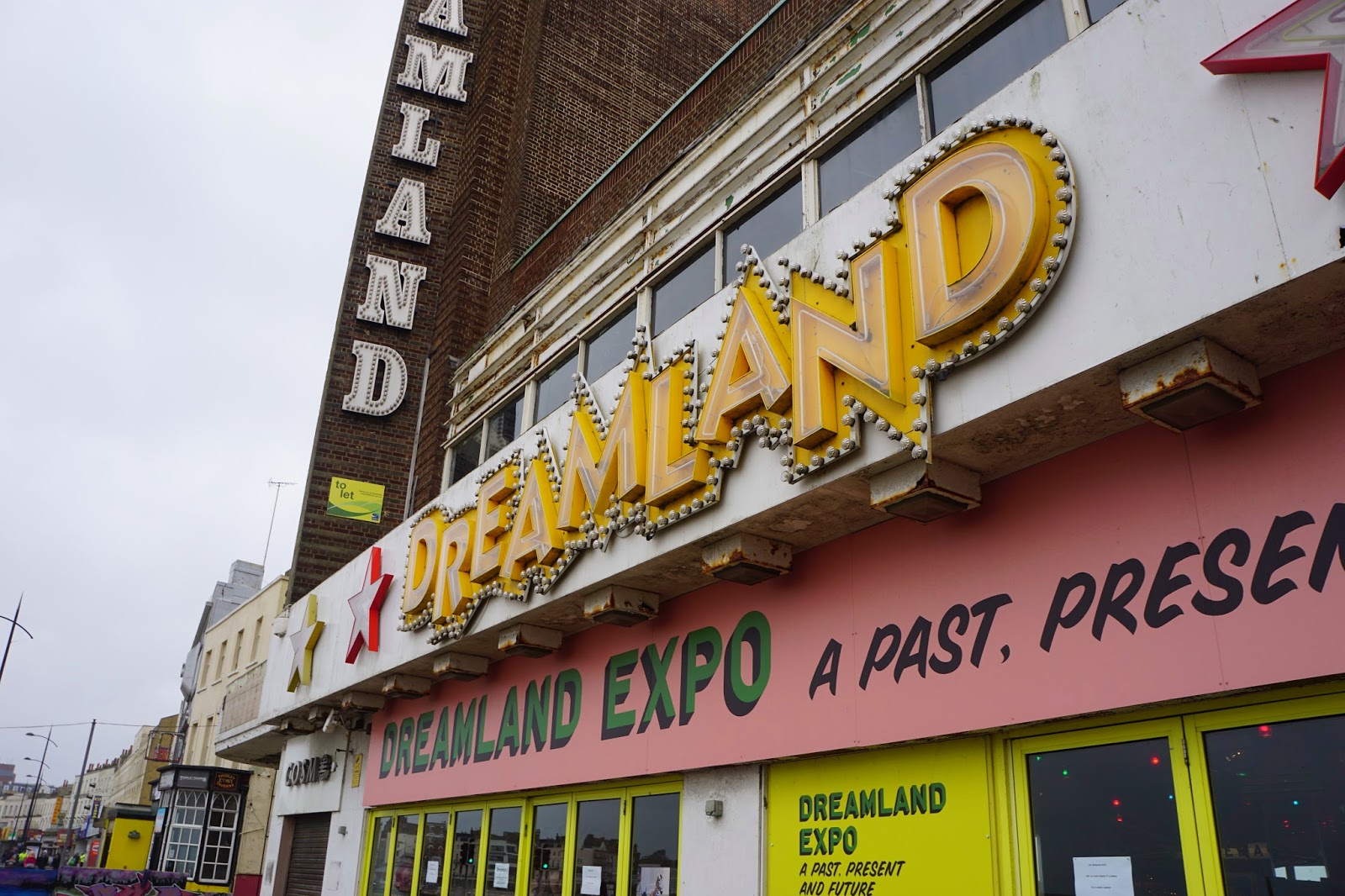 There was a small group of cape wearing UKIP supporters waiting for the march to reach the Clock Tower. I think it was an homage to Madonna. 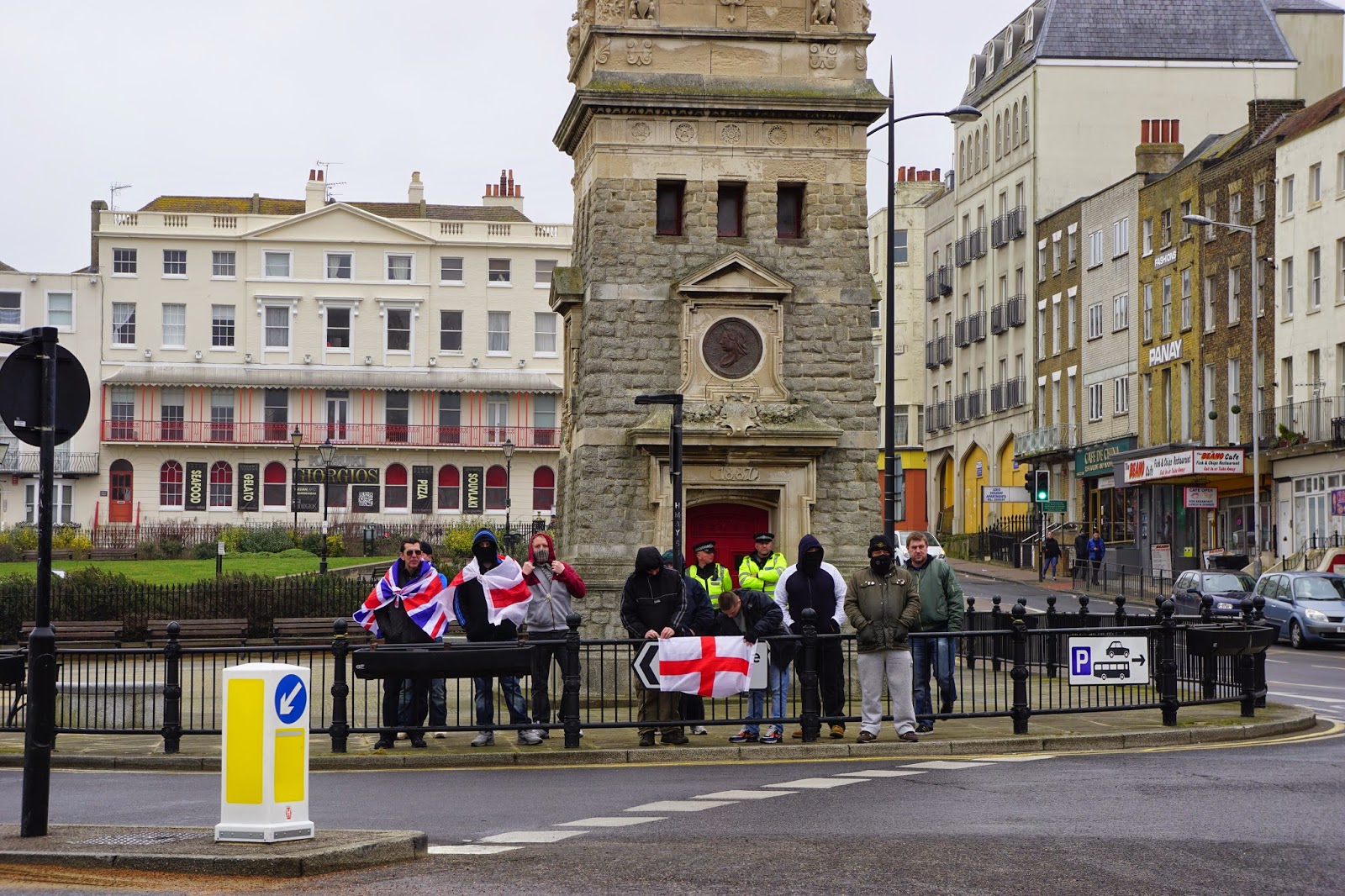 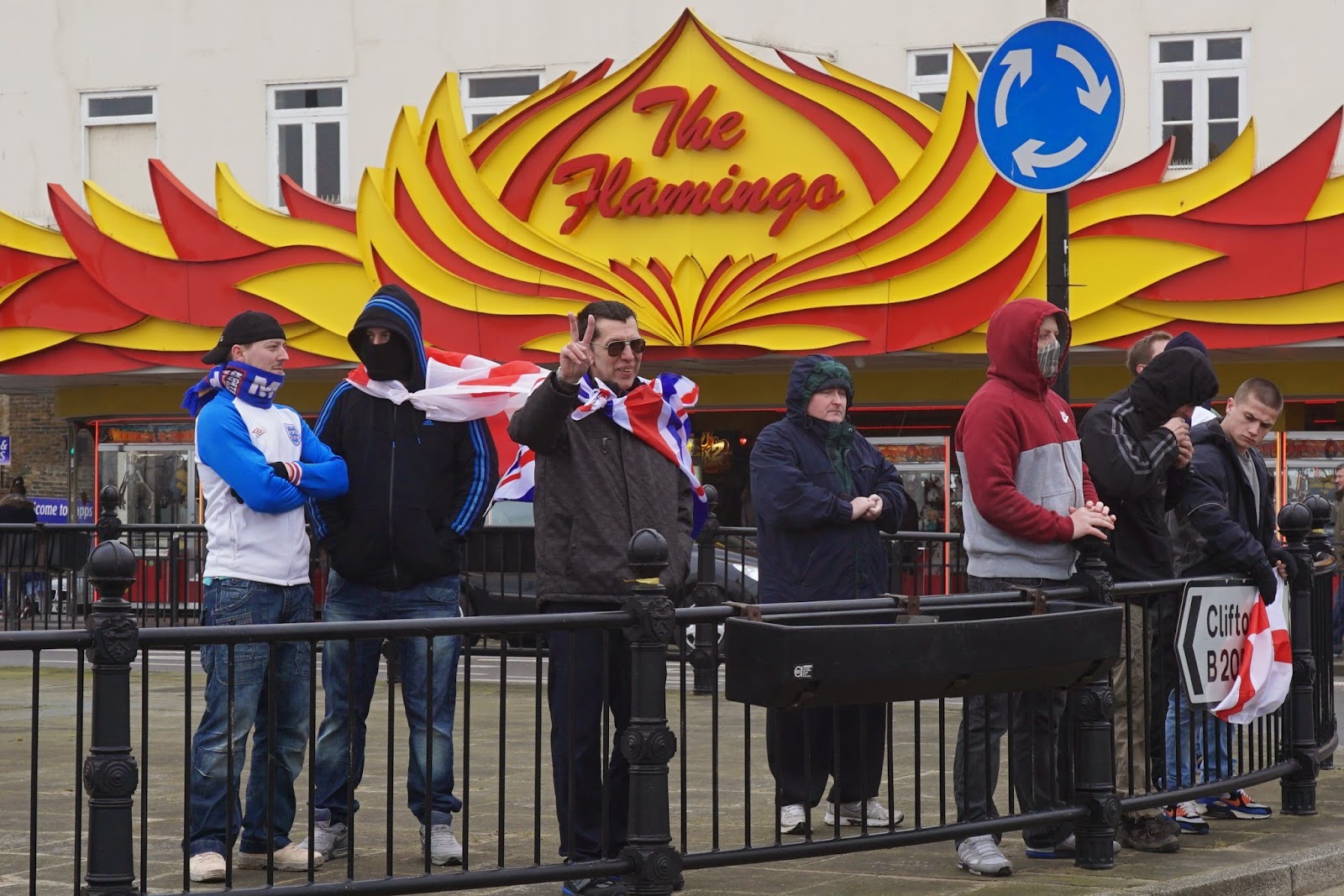 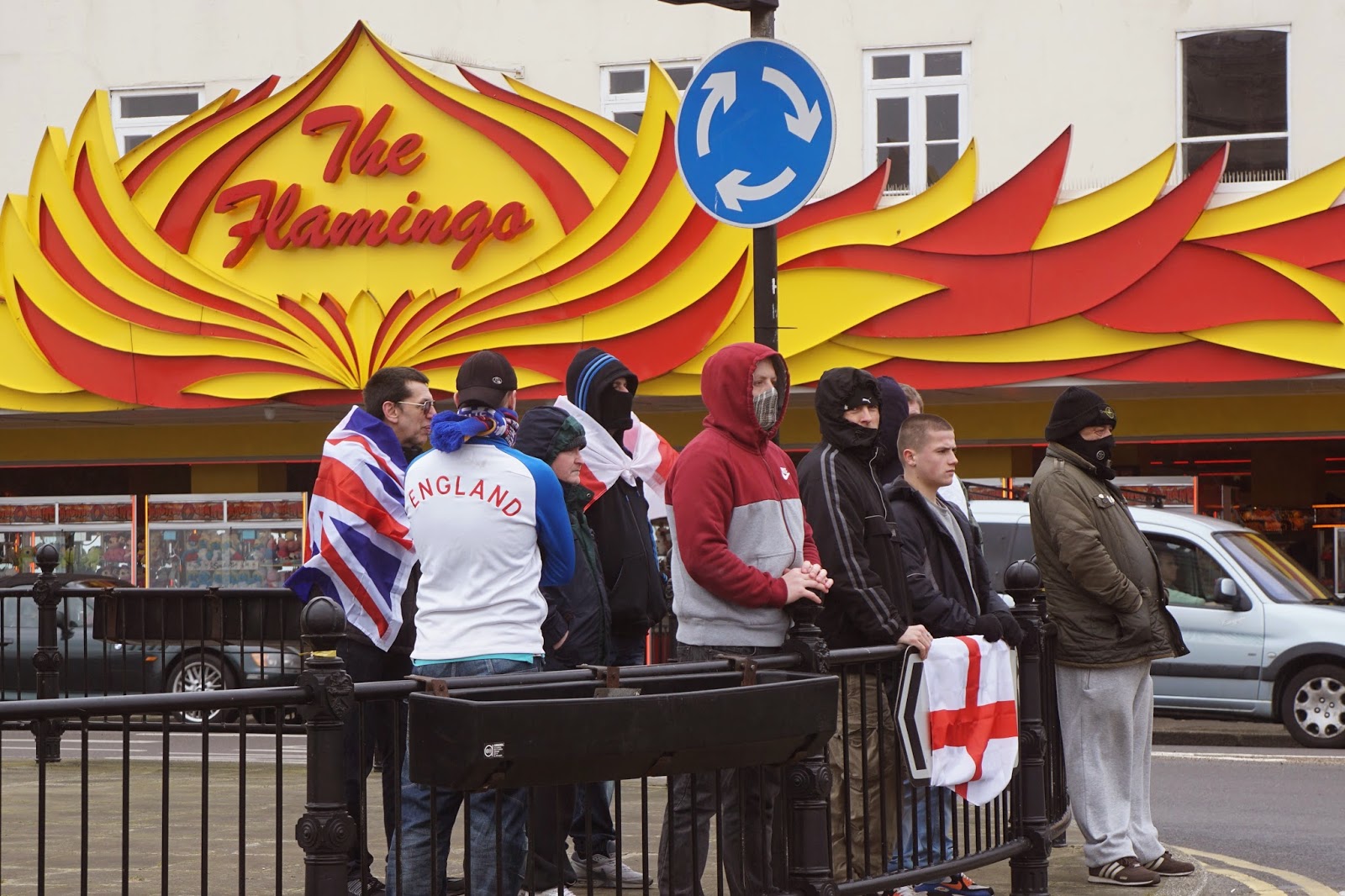 As Channel 4 news's Michael Crick pointed out to UKIP's head of Communications, the conference has turned out to be a bit of a shambles with apparantly no wifi, no mobile phone access and crucially, no manifesto.

By far the best photography coming out of the conference was from photo journalist Guy Smallman. Simply amazing. @guysmallman

Posted by Louise Oldfield at 19:02