Cliff Terrace - the sorry state of the building 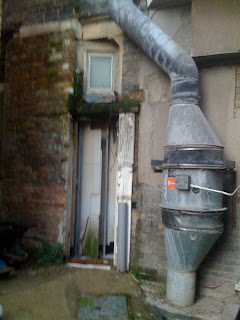 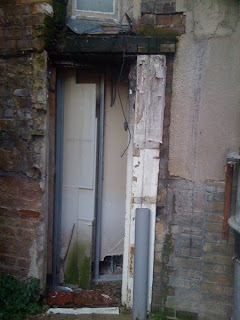 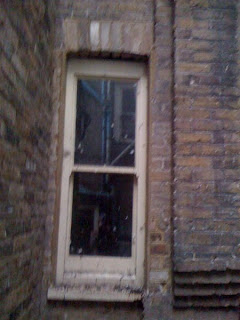 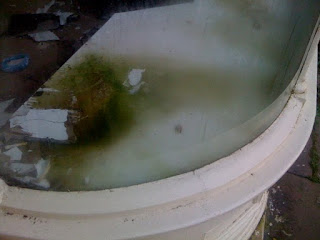 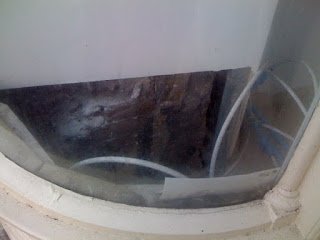 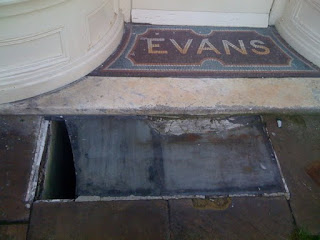 So, I paid a visit to Cliff Terrace a few days ago to check out how successful and how high quality the works have been to this iconic and now Grade II listed building. How utterly depressing and sad is the reality. The building still bears the estate agent banners offering flats for sale from £99,000. But it is instantly clear why this whole block stands empty. It isn't finished. And not only is it not finished, it has been left standing open to the elements in such a state that there has been water ingress and the building is very much unsecured. The building does not have connected services and no Building Control sign off. This is over two years since the development began. Not quite the success story put out on page 8 of the Margate Renewal Partnership press release in April 2008. Download the PDF here The article declared:

"Work is finally underway to transform a beautiful group of empty buildings in Cliftonville, after intervention from Thanet District Council."

The article states that the alternative course of action to the Cabinet Approved funding for CPO under the "No Use Empty Campaign" was for a voluntary sale to take place from the owner, (Mr Houghton) who had let the building stand in disrepair for over a decade to a developer (Jim Ward of Ramsgate FC's Ward and Partners) who would then apply for planning permission to convert the building to residential use.

But according to the Land Registry, the building has not yet been sold to the developer, yet Planning Permission was granted and works started and then not finished.

Did TDC stipulate a timeframe for this development to take place?

Perhaps TDC should revive the threat of CPO and to take this building back into care as was the wish of many people in the area. The building is still very much at risk as it was in 2007. We are now in 2010.

This is still one of the finest buildings in the area and if returned to it's original use, would provide quality guest accommodation in the exact location that TDC and the Margate Renewal Partnership site as being a key area to encourage the development of quality guest accommodation. Whereas Mike Thompson from TDC's Empty Property scheme claimed at the time, that this building at this location is 'not viable as commerical use'.

How out of step are some council departments with the authority's own stated regeneration plans?

And just how viable are tiny flats butted right up to the main road in Cliftonville?

Clearly not very, given the wealth of vacant flats on the ground floor and basement levels throughout the area. The whole point of this building is the view and the fact it raises the occupants up above the level of the street. It was constructed for this very purpose. You would have gone in through the ground floor into the shop and then up to the tea rooms on the floors above. There is balance achieved throughout the whole building. Carve it up and cut off the basement and ground floor you do nothing but provide more blight to the high street. And what is it like to live inside a tiny room in a shop front? Obviously not attractive or there would have been a queue of people wishing to take it on.

The above building was listed on 15th October 2007. This necessitated the submission of a listed building consent following the previous granting of planning consent for the conversion of the building in to flats.

The building is a purpose built shop with a tearoom and letting rooms over. The list description notes the remains of the historic shopfront.

In common with the planning application, the listed building consent application proposed alterations to the ground floor to facilitate a domestic conversion. Whilst such an alteration might be acceptable in a building that was not listed, it departed from the original form of the building in a manner that would be detrimental to its historic character. Any alteration to this building should serve to re-enforce that character – as stated in policy HE1 of the Thanet Local plan.

I gave my advice on this application to the case officer by e-mail on 7th December. Upon discussion, the case officer told me that she did not intend to follow this advice. When questioned as to why this might be the case, she responded that she was the planning officer.

I am employed by both this Authority and English Heritage to advise on matters concerning the historic built environment, especially listed buildings. I am a chartered Architect and a full member of the Institute of Historic Building Conservation.

In a situation such as this, one affecting the character of a listed building, my advice should be the paramount consideration in the determination of the application. There is no point in employing me if my opinion, on matters that I am uniquely qualified to opine, is ignored.

On the face of it, it would appear that the decision to grant this consent was the unilateral decision of the planning officer. This being the case I wish to bring a formal complaint against the case officer for professional misconduct.