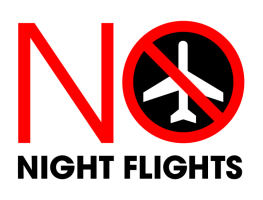 From the No-Night Flights Campaigners:

"Freedom of Information - Kent County Council put in a bid for £10.8m of public money from the Regional Growth Fund. When asked for information about the bid, they refused to release any details. Now they have been forced to release most (but not all) of the details, and it makes for very interesting reading...

A closer look at that bid

On closer examination, this bid is actually a damning indictment of the business proposal it's supposed to be supporting. Infratil have so little faith in this new venture that they won't stump up the necessary £½m+ to persuade an airline to risk it. They won't even pay their own staff!  The anonymous airline will only play ball if someone else (Infratil) bankrolls the risk, and Infratil will only foot the bill with someone else's (our) money. The closer you look, the more it becomes obvious that this is already a commercial basket-case...

It won't have escaped your notice that Manston airport cynically dangles the prospect of massive local employment in front of Thanet councillors, in the hope of hypnotising them into compliance.
We've all seen the numbers they've been coming out with in the local press.

Now you can see the numbers they presented to the Government funding body. They're different, VERY different, and not in a good way.

Manston has twice before had public money invested in airline ventures which both failed.

In 2005, KCC ploughed £100,000 into a service operated by EUJet, which went into administration and then in 2007, KCC then spent nearly £300,000 in 2007 in an unsuccessful venture to run weekly charter flights from Manston to Virginia in the USA.

As part of its bid totalling £10.8m, the government was asked to support a request for £7.7m to build the Thanet Parkway station and £2m to improve journey times between Ramsgate and London.

Consultants, commissioned by KCC, to examine the impact of the new service, said just 23 jobs would be created at the airport, with a further estimated 133 indirect jobs over eight years across east Kent."

So, do we in Margate really want a station at Parkway in the middle of nowhere?

Is it possible we would lose trains direct to Margate and we'd have to get a shuttle bus from Manston to Margate?