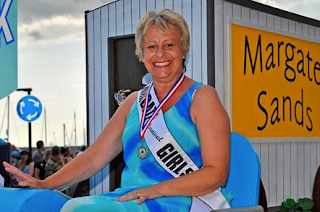 The Thanet Gazette have reported that Conservative Councillor Shirley Tomlinson has been charged with drink driving. Mrs Tomlinson was stopped by Officers in Nash Court Road on November 12th and will appear before Magistrates on December 3rd.

It's been a busy year for Thanet Councillors!

Conservative Councillor Ken Gregory was cautioned in May this year after leaving a message on a fellow Thanet Councillor's answer-phone saying "With any luck, you'll get aids".
http://www.bbc.co.uk/news/uk-england-kent-18283476